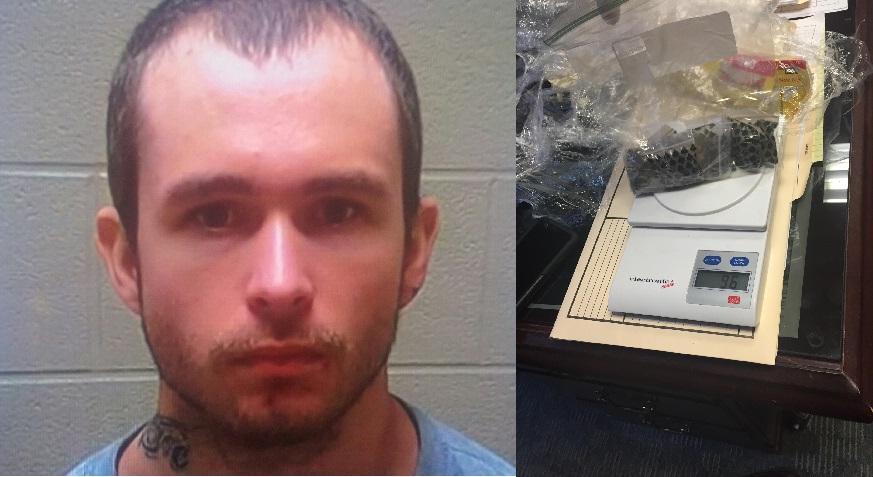 A large drug raid on Lincoln Street in Manchester late Wednesday night has resulted in one man being arrested.

Blake Welch was charged and allegedly admitted to police that he had been selling Heroin. The Manchester Police Department seized around 95 grams of high grade heroin Wednesday night in the raid plus a large amount of cash and scales.

The value of the drugs is over $30,000. More arrests are possible and Investigator Jonathan Anthony says that the department is taking the issue very serious before more problems arise.