$30,000 worth of Copper Stolen in Murfreesboro 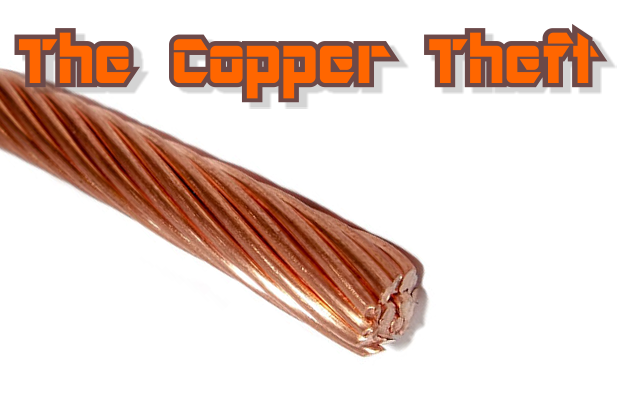 An electrical contractor visiting Murfreesboro for a wiring job was the victim of a sizable theft.

Someone stole $30,000 worth of HEAVY DUTY / thick copper wiring out of a company shed that was secured at a construction site on Joe B. Jackson Parkway. The break-in was believed to have occurred on Monday night or Tuesday morning.

The victim of the theft is Snell Northcut Electric out of Arkansas. For those doing the math in their head trying to figure out how much wire equals $30,000, it was about 13,000 pounds of copper wiring that was heisted. In other words, it would not be the kind of theft that someone could have gotten away with by themselves.

So far, an arrest has not been made in the case. Or perhaps we should say "arrests."