$40,000 Worth of Vinyl Flooring Stolen in Murfreesboro 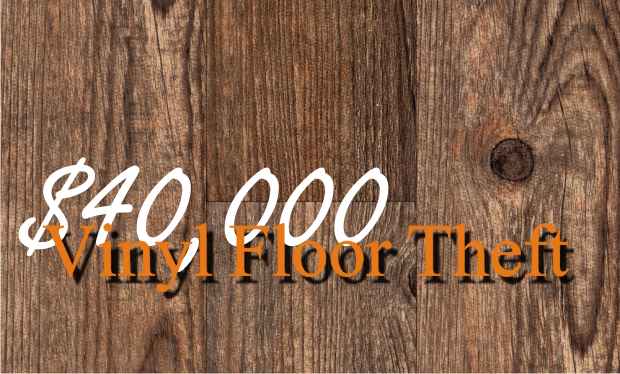 Thefts of vinyl flooring are evidently continuing in Murfreesboro at a company on Middle Tennessee Boulevard.

NFI reported to police that 49 pallets of vinyl flooring are missing. The company suspects that an employee may be responsible for the theft, but no names have been released.

The 49 pallets of black and tan pine luxury vinyl flooring was valued at $40,000.

A previous theft report was filed this past April at the same warehouse in Murfreesboro. Still no arrests in that case, which is nearly the same as this most recent case.