$7,000 + Theft of a computer while the victim was next to the computer 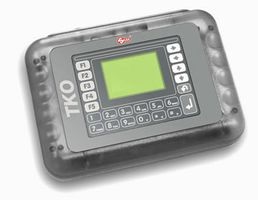 An unknown subject stole a computer that was in the van of a locksmith while the locksmith was working with a customer, directly next to his van. The incident was reported on Tuesday in Murfreesboro. The theft occurred in the parking lot of Kroger on Middle Tennessee Blvd.

The victim told officers that he was working "beside" his van and the vehicle doors were unlocked. The victim was on the opposite side of his van's doors, so he could not see who opened his sliding door and helped themselves to his specialized computer designed to make security keys for vehicles. The computer was valued at over $7,000.

No word on who took the computer that was owned by "Davids Lock & Safe."