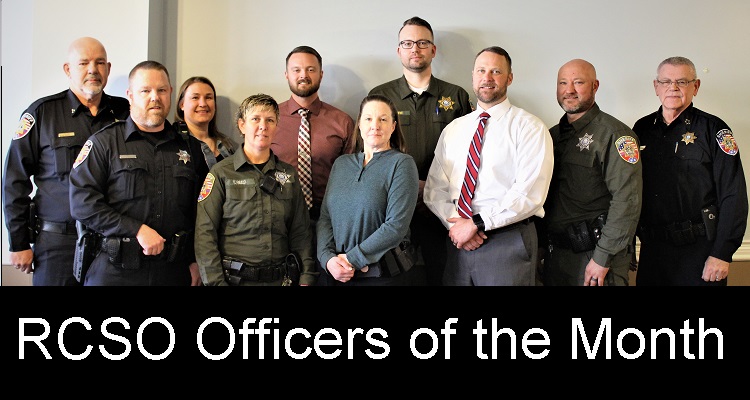 (MURFREESBORO) Twelve deputies were recognized as Officers of the Month Tuesday by the Rutherford County Sheriff's Office.

Sheriff Mike Fitzhugh presented Officer of the Month ribbons to the employees as he recognized the efforts of the officers as a team.

Sheriff Fitzhugh said, "I look to you to be leaders of this team. Thank you for your individual efforts and what you bring to your team."