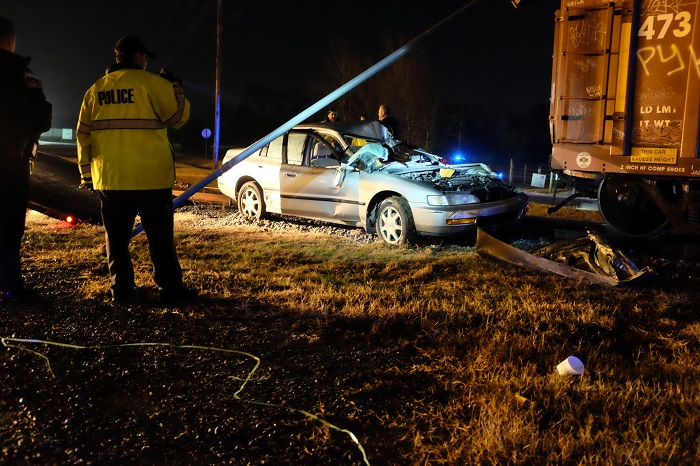 This is a photo taken by WGNS' Scott Walker in 2016. Amazingly, the man who crashed in this car was NOT seriously injured.

An infant and a young mother lost their lives to traffic crashes within the last four days in Rutherford County.

They are among 12 people who have died from traffic crashes this year in Rutherford County. Seven of those people were not wearing seat belts. Four people who died were riding motorcycles.

Rutherford County deputies hope to prevent more deaths and crashes through enforcement and education, especially during the Memorial Day holiday.

Patrol Cpl. Michael Rodgers said deputies are participating in the statewide "Click It or Ticket" campaign to encourage drivers to wear their seat belts every time they travel for their own safety.

"In a serious crash, if you are ejected, the likelihood of you being seriously injured or killed is increased," Rodgers said.

Also, the Tennessee Highway Safety Office will pay deputies overtime to get impaired drivers off the roads during the Memorial Day holiday and through June 3.

Many people who plan on drinking are using Uber or Lyft ridesharing services to transport them instead of driving and endangering themselves and other drivers.

With the summer approaching, traffic fatalities increase because of more students driving while out of school, people taking vacations and going on the lake and drinking and driving.

"Please be more careful about driving," Rodgers said. "Do things to try to combat impaired and distracted driving such as not texting and driving and wearing seat belts. And be patient with other drivers."