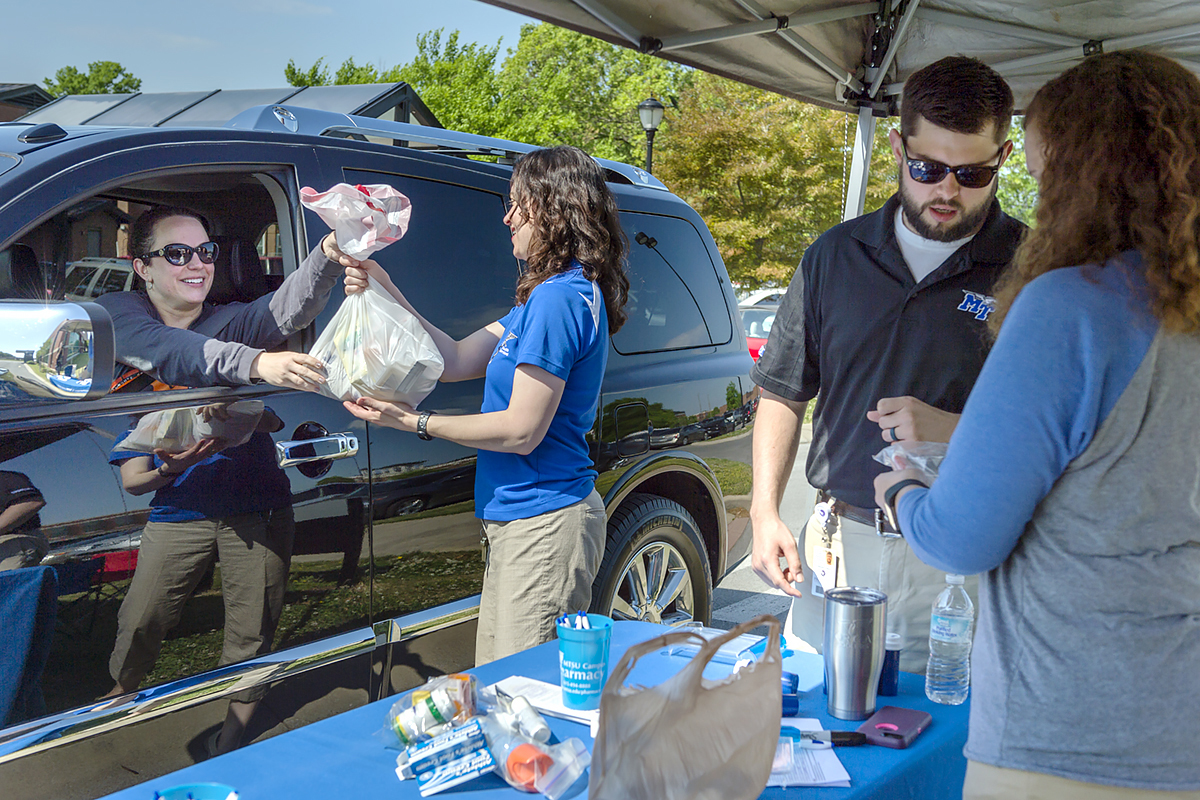 Officials and volunteers, including alumnus Taylor Black, collected the unused or expired medication for safe disposal. Black is a fourth-year Lipscomb University pharmacy student who will graduate from the Nashville university in May.

By event's end, a record 128.4 pounds was generated in what has become a twice-a-year event coinciding with national drug take-back day.

"We were extremely pleased with the turnout," Campus Pharmacy pharmacist Tabby Ragland said.

For anyone unable to make it to campus during the Tuesday event, you may also drop off medications at the Rutherford County Sheriff's Department, located at 940 New Salem Highway, at any time.

This event is part of the Drug Enforcement Agency's overall efforts to remove excess drugs from communities where they could be abused or misused, diverted into the wrong hands or disposed of in environmentally unsafe ways.

The National Prescription Drug Take-Back Day aims to provide a safe, secure, and environmentally responsible means of disposing of prescription drugs, while also educating the general public about the potential for abuse and trafficking of medications.

Last September, more than 100 pounds of medicine was collected at this MTSU collection event. In total, nearly 400 tons of medicines have been disposed of nationally since take-back collections were initiated in 2010.