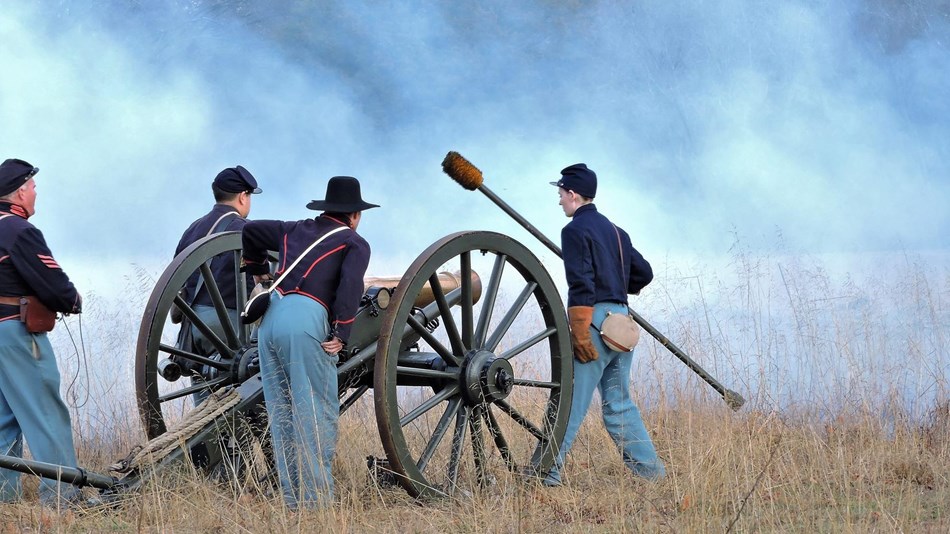 Stones River National Battlefield will host a series of programs to commemorate the 156th anniversary of the Battle of Stones River from December 26, 2018 through January 2, 2019. Fought from December 31, 1862 through January 2, 1863, the Battle of Stones River proved to be one of the bloodiest and most significant battles of the American Civil War. The slim Union victory bolstered northern morale, supported the changing Union war policy heralded by the Emancipation Proclamation, and set the stage for future campaigns through the Confederate heartland.

Starting on Wednesday December 26, park rangers will present an array of programs every day. One of the highlights of these programs will be daily talks on December 26-30 detailing the daily events leading up to the battle. This first talk of the morning will be at the Rutherford County Chamber of Commerce visitor center, located at 3050 Medical Center Parkway, Murfreesboro. All other ranger talks and tours will be begin at the park's visitor center.

Weekend living history programs held December 29-30, focus on some of the deadliest places on the battlefield on the first day of battle, December 31, 1862, including the Slaughter Pen and Hell's Half Acre.

On December 31, park rangers will lead walks at key battlefield locations at the very time that some of the most critical actions raged 156 years ago. Programs on January 1 will focus on the battle's role in transforming the war into major part of our nation's ongoing work to secure civil rights for its citizens. More living history programs are on tap for January 2 with programs focusing on the climactic fighting that raged along the banks of the Stones River on January 2, 1863.

The visitor center is one mile from the entrance. Additional information is available at the visitor center, by calling (615) 893-9501 or at the park website (http://www.nps.gov/stri)