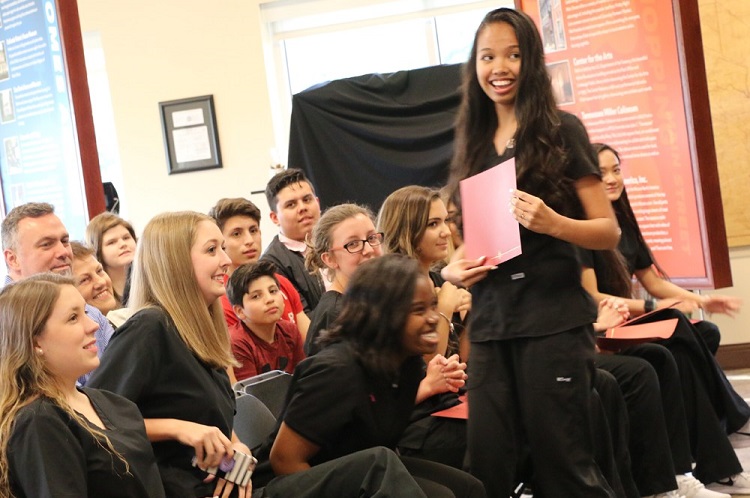 Nursing students from two Rutherford County high schools - Stewarts Creek and Siegel - were at the Chamber of Commerce last week for a celebratory pinning ceremony after becoming certified nursing assistants.

The pinning ceremony Thursday (May 3rd), for the Nursing Education Program was led by Chris West, vice president of National HealthCare Corp.

Stewarts Creek's program is led by Kristi Walker, nursing education instructor, while Jennifer Bettag, a BSN instructor, is in the same role at Siegel.

Walker and Bettag are both registered nurses. Both addressed those in attendance before the pinning and presentation of certificates.

All 17 members of the Class of 2018 took the CNA oath together. The CNA is a nationally recognized certification.

The following is a list of the students who were honored: