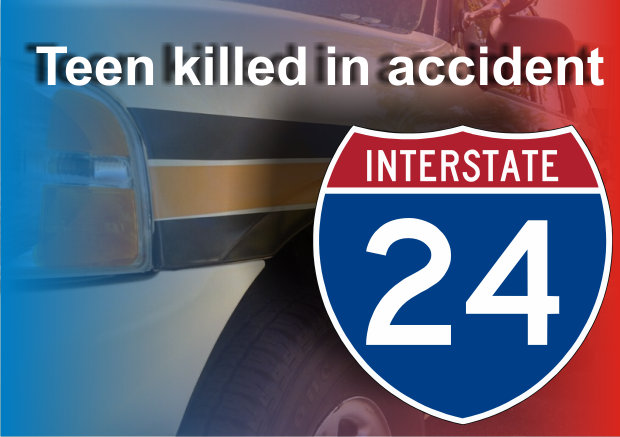 In nearby Coffee County, TN, a fatal accident occurred earlier this week on Interstate 24.

According to a report by Tennessee Highway Patrolman Corey Stuart, on Tuesday night just after 6pm, the deadly crash happened near mile-marker 126 on I-24.

The report says that a Toyota driven by Rohan C Myton, age 18 of Antioch, TN was traveling eastbound and ran off the roadway crossing the median. Myton then entered into the westbound lanes and was impacted by a motor home driven by Robert V Zanoni, 53 of Brentwood, TN. Both vehicles traveled into the embankment of the right shoulder where both vehicles came to rest.

Myton was killed in the crash and Zanoni was transported to a hospital due to unknown injures.