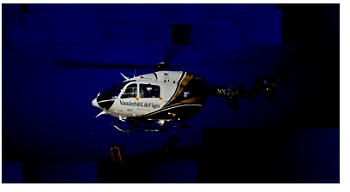 A crash on Compton Road at Emery Road Saturday night (9/23/2017) saw to teens taken by LifeFlight helicopter to the Vanderbilt Trauma Center. The crash was on Compton Road, and that intersection is about halfway between Memorial Boulevard and Lascassas Pike.

The Tennessee Highway Patrol is also conducting similar investigations in neighboring Williamson as well as Montgomery Counties, and have not completed the Compton Road investigation.

Officials with the Rutherford County Schools have not announced whether or not counselors will be there to work with friends of the students. SRO's and the head of the school's "safety program" will be on the WGNS' Action Line Monday morning (9/25/2017) from 8:10-9:00AM.