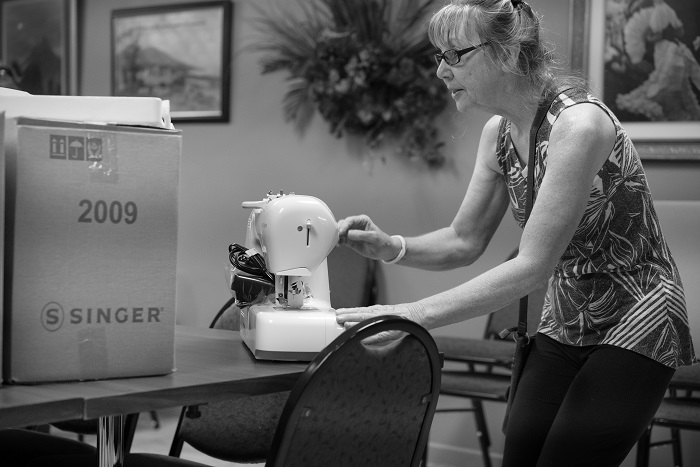 According to the Webster Dictionary, a sewing machine is any of various foot-operated or electric machines for sewing or making stitches.

What the dictionary fails to tell readers is that a simple sewing machine in the right hands can bring homeless women together and allow them to release their anxiety and burdens on creativity.

Vanessa Newsome is seeing her dream of a large scale sewing class for homeless women to fellowship and learn creative new skills become more than a class of three machines. It is bigger than she ever imagined, because she had a vision.

Below is the original story and interview with Vanessa Newsome:

Vanessa Newsome is a volunteer at Greenhouse Ministries in Murfreesboro, where she teaches homeless women how to sew.

With more on this story, here's Scott Walker...

Greenhouse Ministries is located at 309 South Spring Street in Murfreesboro.