20 Pounds of Cocaine off the Streets of Middle Tennessee 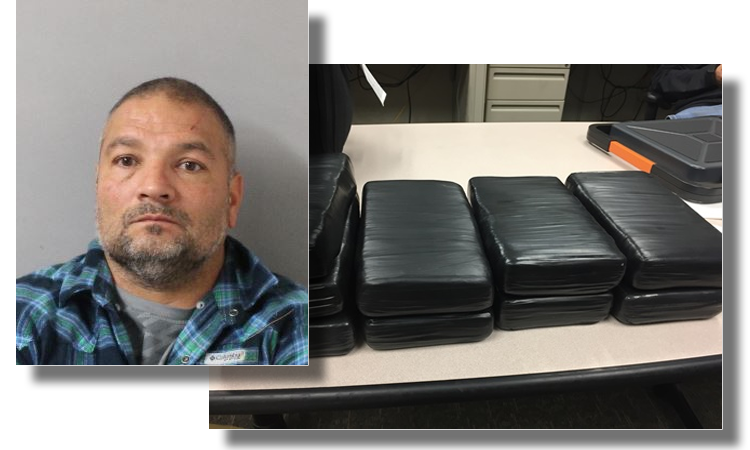 A Houston man who flew into BNA this week, took a cab to a Nashville bus station and retrieved two suitcases containing nearly 20 pounds of bricked cocaine, according to Nashville Metro Police. The man was intercepted by detectives assigned to the Nashville's Major Case Task Force before he had a chance to distribute it.

Kenneth Allen Rios, 47, was surveilled by detectives and DEA agents as he traveled with the suitcases to a Spence Lane motel. When Rios saw law enforcement, he ran and slid off a bluff near the I-40/I-24 interchange before being taken into custody.

Rios is charged with possessing the large amount of cocaine for resale. His is jailed in lieu of $100,000 bond.