2019 ATHENA Nominations Must Be In Before Dec. 1st 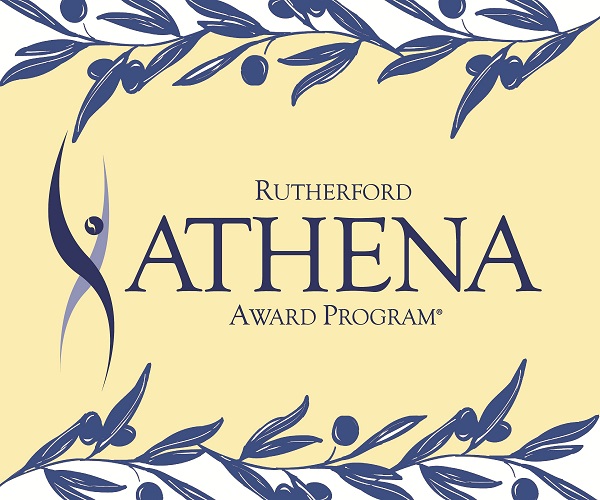 Now in its sixth year, the 2019 Rutherford ATHENA Award ceremony will be held as a luncheon on Friday, April 12, 2019, at the Embassy Suites Murfreesboro.

The ATHENA Award, named for the strong goddess of Greek mythology, is an international program founded in 1982 and dedicated to supporting, developing and honoring women leaders. RUTHERFORD Cable is the founding sponsor of the local ATHENA program.

Nominations Sought for 2019 "Our community is full of outstanding women leaders who exemplify the ATHENA tenets of professional excellence, giving back to the community and raising up other women leaders," said Dr. Ellen Slicker, ATHENA 2019 Chair. "Some are well-known in the community, but others may not be in the public eye."

"The ATHENA Award Program is committed to representing our diverse community in the nominating process and ensuring objectivity in the judging process," Slicker said. "All nominee applications are reviewed by a team of trained judges, one from each of the nominating organizations. Judging results are audited by Dempsey, Vantrease and Follis, PLLC."

ATHENA Interest Meeting is October 9 "Local nonprofits and businesses are invited to submit a nominee for the ATHENA Award and ATHENA Young Professional Award," Slicker said. "Making a nomination is a great way both to honor a local leader and call attention to the good works of your organization." Organizations interested in learning more about making an ATHENA nomination are invited to attend the October 9 RUTHERFORD Cable Breakfast Meeting at Stones River Country Club. Breakfast is at 7:30 a.m., followed by a brief interest meeting at 9:00 a.m. Reservations are required, and may be made by contacting Missy Lay at YourRutherfordCable@gmail.com, or 615.904.4359.


"Those who have participated in the ATHENA program over the past four years can attest to the high value of the experience," Slicker said. "Furthermore, recognizing and honoring local women leaders represents an ideal synergy with RUTHERFORD Cable's mission of Moving Women Forward."

"We want to thank the sponsors who already have come on board for ATHENA 2019," Slicker added. "We greatly appreciate State Farm, Deloitte and media sponsor VIP Murfreesboro for their support."

For more information about the nomination process or sponsorship of the 2018 ATHENA Award program, please contact Dr. Ellen Slicker at AthenaLead@gmail.com.


RUTHERFORD Cable is the premier leadership organization for women's professional advancement in Middle Tennessee. It is a 250+ member organization with an established network of diverse professionals committed to connecting women and opportunity. The organization is the first chapter of the 30-year-old Nashville Cable. Visit rutherfordcable.org to learn more.