22-Year old Murfreesboro murder suspect is still on the run

One of Murfreesboro’s most wanted is still on the run. On August 12th the Murfreesboro Police Department responded to Benley Street to investigate a shooting that occurred. Officers discovered that 22-year old Terrelle Shannon had been shot and killed during an argument. Also shot during the altercation was Elizabeth Wright, who received minor injuries and was treated and released from MTMC.

Detectives developed 22-year old Domynik Jaleel Green (pictured), also known as “City”, as the main suspect. Warrants for First Degree Murder and Attempted Murder were issued for Green. WGNS followed up on this investigation on Friday (1/18/13) and Rutherford County Sheriff Department records show that Green is still on the run and the warrant has not been served.

Investigators are searching for Green and anyone with information on his present location should contact the MPD at 893-1311 or call 911. 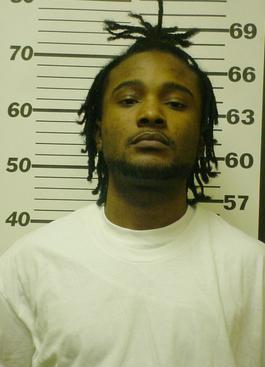