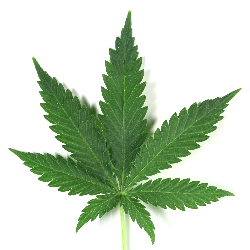 26 roaches were found in an ash tray of a Murfreesboro erratic driver recently who was issued a release citation in Cannon County for simple possession.

According to Cannon County Sheriff Department Reports, Deputy Jordan McGee was on Patrol on Centerhill Road when he observed a dark four door car traveling toward Highway 70. When the car came around the curve he crossed over halfway into the other lane. That's when Deputy McGee conducted a traffic stop.

The Deputy approached the vehicle and spoke with the driver identified as Brian Johnson of Murfreesboro who stated he was heading home from work and was not paying attention to the curve. Mr. Johnson's license came back suspended. Johnson admitted being on probation for marijuana and as Deputy McGee talked to him he saw that there was an empty pack of blunt shells in the door of the vehicle. Johnson told him there wasn't anything illegal in the car.

After Deputy McGee searched the car, he found 26 roaches in the ash tray along with two empty blunt shell packs and one with a blunt inside. Johnson was issued a release citation for simple possession of marijuana, possession of drug paraphernalia and driving on suspended license. He will appear in Cannon County General Sessions Court September 1st to answer to the charges.

Roach: the butt of a marijuana cigarette