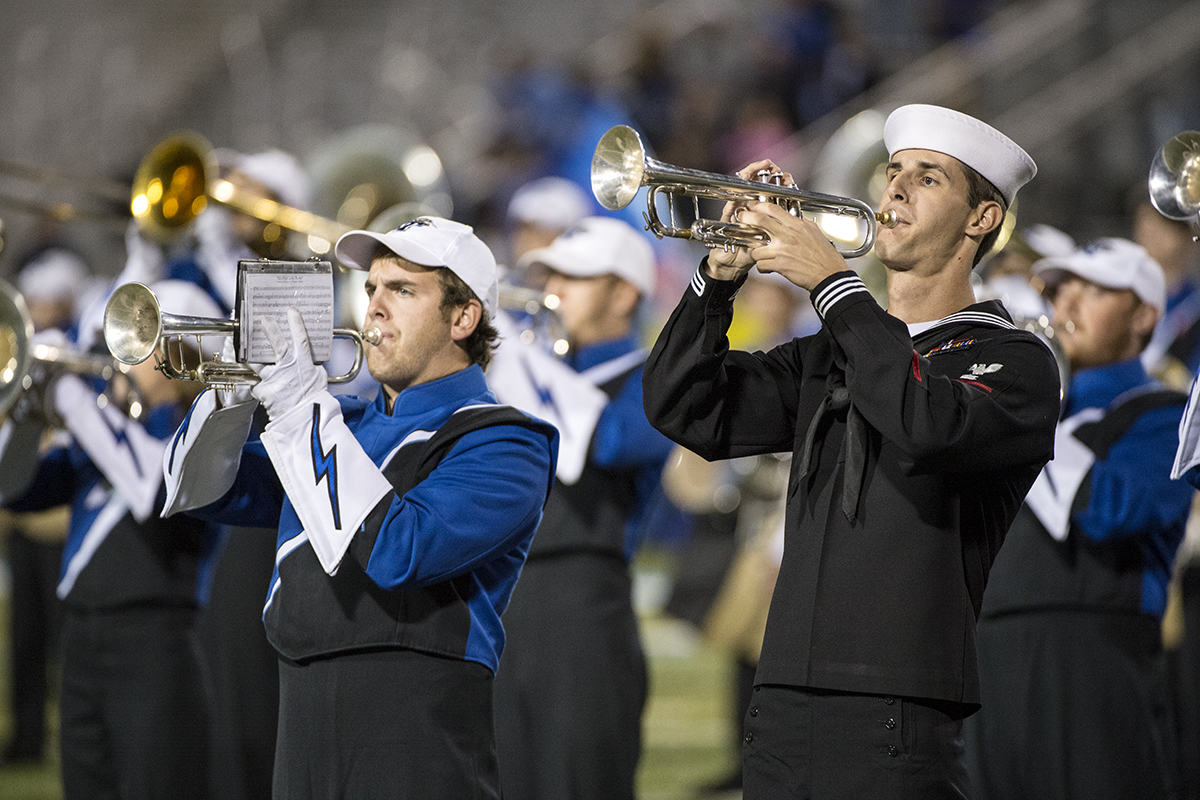 From the midmorning memorial service to a picnic featuring the Dr. Joe Nunley Award to the MTSU Band of Blue halftime salute, the 34th annual Salute to Armed Services Game is all about making veterans and their families feel special.

All activities will take place on the MTSU campus, and most will lead up to the 2:30 p.m. kickoff for the Conference USA football game between the Blue Raiders and Marshall in Floyd Stadium.

Game tickets are complimentary for veterans and their families.

To find parking, the stadium and other buildings, a searchable campus parking map is available at http://tinyurl.com/MTSUParking2015-16.

Since 1982, MTSU's Salute to Armed Services events pay tribute to the men and women who serve or who have served in the U.S. Army, Navy, Air Force, Marines and Coast Guard. The Blue Raiders want fans to join them in one of the nation's longest-running veterans' celebrations.

The timeline of Salute to Armed Services events is as follows:

The Nunley award, formerly presented to a World War II veteran who also made his or her mark in life after serving their country, now "will be given to a veteran known for service to others in the Middle Tennessee community," said MTSU alumnus John Furgess ('65) of Nashville, who helped found the event with Nunley.

"I was humbled to be chosen," said Womack, 70, who grew up in Middle Tennessee. He is the son of the late Dr. Bob and Elizabeth Womack, both MTSU alumni; Dr. Bob Womack also was a longtime MTSU educator.

"I am proud of being a veteran and have always felt community service was an important part of my life, and certainly appreciate the fact someone appreciates my involvement in the community," he said.

Womack and his wife, Cherry, are the parents of David Womack and Dana Fiveash and have two grandchildren, Molly and Mason Womack.

Collection barrels for new and unwrapped toys will be placed at each end of Floyd Stadium and at club level. People also can place donations in Marine ammunition cans with a slot; the Marines are not permitted to accept money from donors by hand.