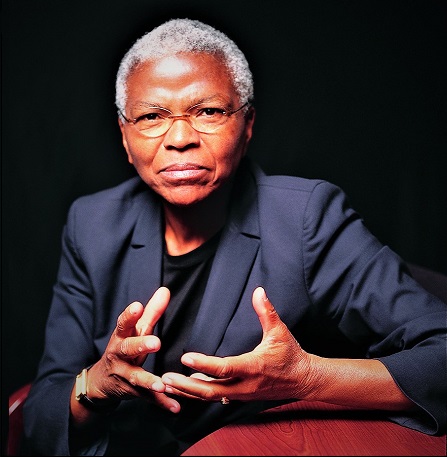 (MURFREESBORO) The Fourth Annual Equali-Tea is set for 4:30PM Wednesday afternoon, March 18, 2020, in the elegant ballroom at MTSU's student union building. The event promotes female equality and is Co-Chaired by Elizabeth McPhee and Tara MacDougal. It is a high tea sponsored by the American Association of University Women.

Equali-Tea is a social event, fundraiser, and educational program--all in one. It's been pointed out that although this is a High Tea, the wearing of hats is optional.

The High Tea raises scholarship funds for MTSU female students, and also marks Equal Pay Day, the day that symbolizes how long women must work to earn what men earned in the previous year.

Parking passes will be available for attendee in the Student Union Lot. These passes can be used anywhere on campus. Shuttle service to the event will be available. Off-campus visitors can find a parking map at http://bit.ly/MTSUParkingMap.

RSVP at no cost at equali-tea.org or equali-tea-2020.eventbrite.com. Can't attend? Please consider a donation in the amount of $50.

During her career, McPhee has been a classroom teacher in public schools in four different states, including Metropolitan Nashville-Davidson County Public Schools, and Murfreesboro City Schools. After more than 30 years of teaching, McPhee retired in May 2014. McPhee is actively involved in the community. She is a member of Belle Aire Baptist Church, Alpha Kappa Alpha Sorority, Inc., and Delta Kappa Gamma Sorority, Inc. and currently serves on the MLK Board and the Murfreesboro City Schools Foundation Board. She also served on the Cannon County Center for the Arts Board and the Domestic Violence Board.

McPhee is married to Sidney McPhee, who has served as president of MTSU since 2001, and they have two adult children, Seneca and Sidney-Anthony.

MacDougall is CEO of the Discovery Center, which she joined in June 2012. While at the helm of the Discovery Center, she has steered its growth and development. Through the combination of her professional background in TV production, marketing, and wealth management, MacDougall has been able to bring a vast array of knowledge to the 32,000 square-foot museum and adjacent wetlands.

Her numerous volunteer activities were recognized by the Rutherford County Chamber of Commerce when she was awarded the 2002 Pinnacle Award. Her leadership role with the Discovery Center at Murfree Spring was singled out by the Center for Nonprofit Management in Nashville when she was named the 2007 Board Member of the Year for Middle Tennessee. In 2013, she graduated from Leadership Middle Tennessee. In 2014 and 2016, MacDougall was recognized as an ATHENA nominee and in 2015 she was a recipient of the Women in Business award. MacDougall is a member of the Rutherford County Industrial Development Board, and past-President of RUTHERFORD Cable.

Dr. Mary Francis Berry is the keynote speaker for the 2020 Equali-Tea.

A native of Nashville, Berry is an American historian who is currently the Geraldine R. Segal Professor of American Social Thought and a professor of history at the University of Pennsylvania.

During her remarks, Berry will address "Women & Voting: A Mandate for Elected Officials."

She has served as chairwoman of the United States Commission on Civil Rights, board chair of Pacifica Radio, president of the Organization of American Historians, provost of the College of Behavioral and Social Science at University of Maryland, College Park, and chancellor of the University of Colorado at Boulder.

As a young student, Berry attended Nashville's segregated schools, graduating with honors from high school and attending Fisk University in Nashville, where her primary interests were philosophy, history, and chemistry. She transferred to Howard University, and earned a bachelor's degree. Following this, Berry studied at the University of Michigan, where she received a Ph.D. in history. She also has a J.D. from the University of Michigan Law School.

Berry has received 33 honorary degrees. In 2008, she received the Foremother Award from the National Center for Health Research. On May 19, 2016, Dr. June Manning Thomas was named the Mary Frances Berry Distinguished University Professor of Urban Planning at the University of Michigan.

The Equali-Tea raises scholarship and programming funds for the Middle Tennessee Fund for Women and Girls, a nonprofit organization in support of the mission of AAUW Murfreesboro, which is to level the playing field for women and girls in education and in the workforce.

The funds raised go toward two AAUW Murfreesboro scholarships that are offered to MTSU students.

The Ruth Houston Memorial Scholarship supports women 24 years and older who are returning to finish their undergraduate degree. Applicants must demonstrate academic promise and financial need.

In 2015, the group marked its 100th anniversary by creating a second scholarship, named for long-time AAUW members Mattie Butler and Leola Fouts.

The Butler-Fouts Memorial Graduate Scholarship is presented to female graduate students from underrepresented ethnic or racial groups. Applicants must demonstrate academic promise and financial need as well as be enrolled in a graduate program at MTSU.

The event is also the stage for the annual presentation of the Tempest Award, which is given to a community leader who has worked to better the status of women and girls in Tennessee.

Organized in 1913, AAUW Murfreesboro (murfreesboro-tn.aauw.net) is a membership organization of college-educated individuals from all walks of life who share a common purpose--to level the playing field for women and girls in education and in the workplace.

Our branch does this through advocacy, education, and research. We are part of a national and state network that supports our work right here in Murfreesboro. Our national organization (200,000 members strong) is a powerful voice on women's issues in Washington, D.C. Our Tennessee organization unifies our presence throughout the state, bringing together all nine branches in Memphis, Nashville, Murfreesboro, Columbia, McMinnville, Martin, Knoxville, Maryville, and Oak Ridge.