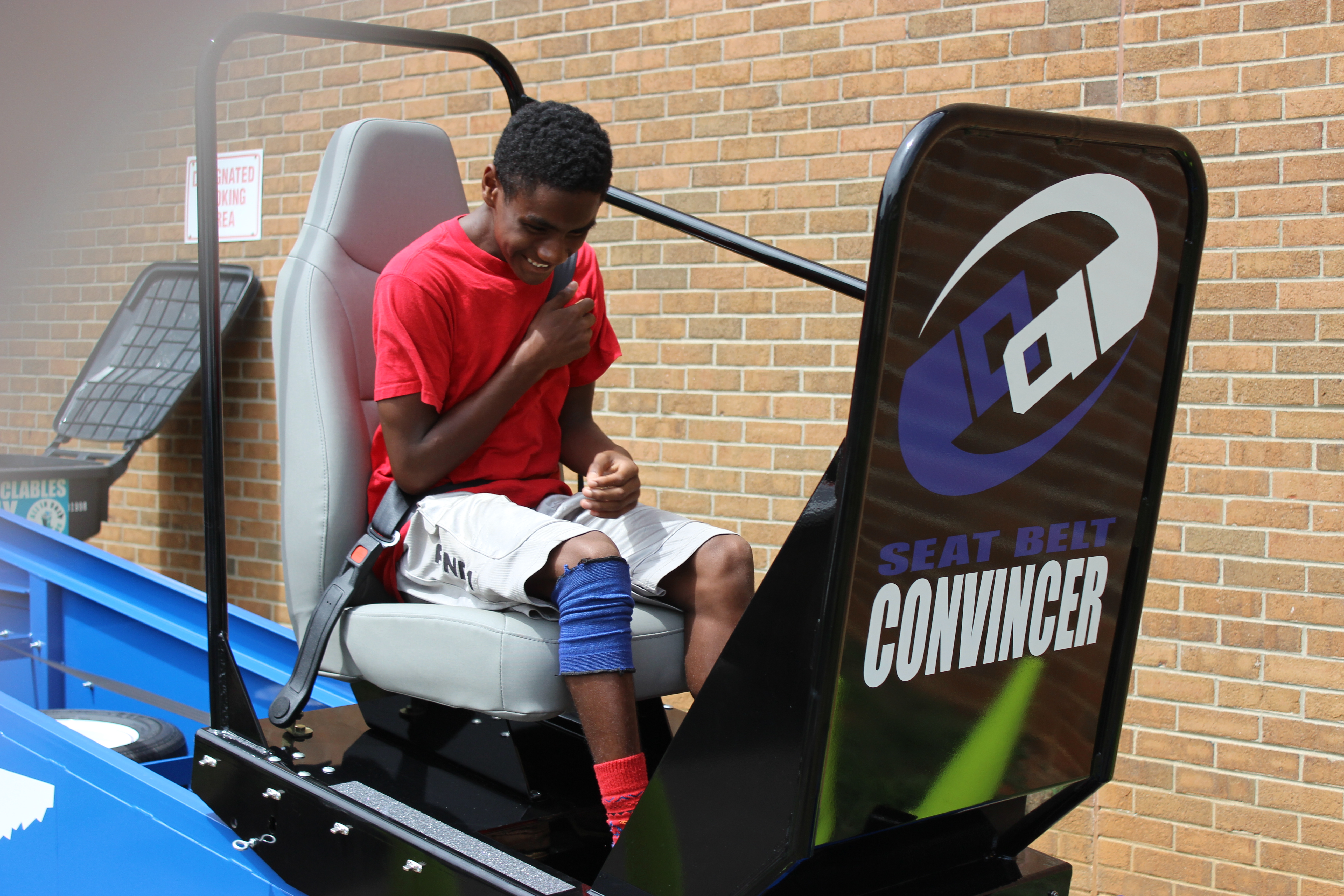 Bishara Young feels the impact of not wearing a seat belt while riding the Seat Belt Convincer. The Convincer is sponsored by the Governor's Highway Safety Office and simulates the impact of a crash traveling 5 to 7 mph.

About 50 percent of the people killed in traffic crashes in Tennessee are not wearing their seat belts, the Governor's Highway Safety Office reported.

That's why the Rutherford County Sheriff's Office is trying to inform drivers and passengers through the Seatbelts Are For Everyone campaign from Feb. 1 to Aug. 1 sponsored by GHSO.

Patrol Capt. Steve Spence said the campaign is geared to increasing the use of seat belts and child passenger safety seats.

Sheriff's deputies will work with the School Resource Officers to survey seat belt use among high school students who drive to school. Also, the Seat Belt Convincer that simulates the impact of not wearing a seat belt at a slow speed will be demonstrated at the high schools. A trophy will be awarded to the school with the most students wearing seat belts.

Deputies will conduct surveys of seat belt use in subdivisions in each area of the county.

"To raise awareness, we will send out educational materials and do Seat Belt Convincer events, Seat Belt Checkpoints and child passenger car seat events," Capt. Spence said. "We hope these efforts will encourage more drivers to wear their seat belts and protect their lives."

A post survey will determine if more drivers and passengers are wearing seat belts.

"It is vitally important that all drivers and passengers buckle up every trip, every time," Poole said. "Our ultimate goal is that this campaign, combined with the increase of the seat belt fine, will increase our usage rate to ninety percent or higher."

This year, participating agencies will pay special attention to nighttime seat belt enforcement. Tennessee has seen a disproportionate percentage of unrestrained fatalities between the hours of 6:00 p.m. and 5:59 a.m.