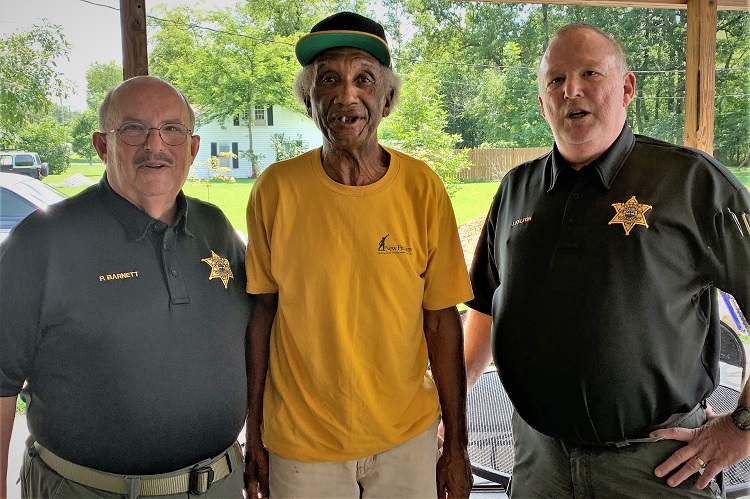 (CHRISTIANA) The Rutherford County Sheriff's SCAN volunteer program helped a 68-year old man who had no identity, learn about himself and get life basics.

It's hard to believe that a U.S. citizen had no social security number, no connection with Medicare, no ID of any type--he had "fallen through the electronic crack" and basically "did not exist".

Senior Citizen Awareness Network volunteer Phil Barnett told NewsRadio WGNS that the local citizen had no electricty, no air conditioning or heating--and had lived this way for who knows how long?

A concerned citizen and business leader in Christiana told the Sheriff's Senior Citizen volunteer group about the man. They met with him several times, and discovered his needs.

Barnett noted, "The issue is that with government records--he does not exist, and how can that be changed?"

They learned from other public records that he has a sister. The group researched her and found that she died in 2008. They got her death certificate that listed her parents.

On Tuesday, Barnett and Kelton, another SCAN volunteer, took the Christiana man to the Murfreesboro' Social Security office and opened the door to Medicaid, Medicare, and other life benefits.

For those wishing to make a difference in our commuynity and who would like to learn more about being a part of the SCAN program--contact the Rutherford County Sheriffs Office at 615-898-7770.