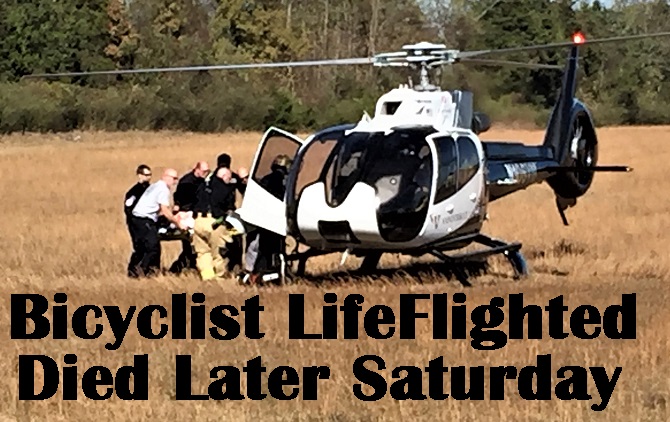 (Murfreesboro) Around 3:00 o'clock this past Saturday (7/28/2018) afternoon, Murfreesboro Police responded to a car vs bicycle crash on the New Salem Highway at Pusher Place.

Officer Amy Norville told NewsRadio WGNS that the bicyclist was flown by LifeFlight helicopter from the scene to the Vanderbilt Trauma Center. 70-year old Samuel Ledbetter of Rockvale died at the hospital.

The Murfreesboro Police Fatal Accident Crash Team's investigation revealed that both the 2016 Ford Edge and the bicycle were traveling southwest (away from Murfreesboro) on the New Salem Highway when the bicyclist swerved into the SUV's path.