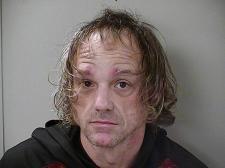 It appears as if one of the four stolen vehicles from Riverside Motors in Murfreesboro has been recovered.

Police responded to Wendy's on Memorial Boulevard in reference to three intoxicated subjects. Evidently, the trio were in a black Chevy Silverado with dealer plates on the back. Police say they found that a fourth subject was laying down in the back of the truck.

One of the four had a loaded syringe with what she told officers was "Meth." Three silver spoons were also located in the truck. Police also found a small baggie that contained a crystal substance inside of it.

The most interesting find were eight sets of car keys that were evidently found in the truck during an inventory check. After the truck was confirmed to be one of the four stolen from Riverside Motors, the owner of the dealer was called to the scene and positively identified the keys as belonging to him. Apparently, they were taken in the car heist this past weekend (9/9/17).

Only one of the subjects was actually charged with theft. Johnny Jones, who also had numerous outstanding warrants, was charged with a single count of theft over $10,000. The case is still under investigation.

Stolen in the original theft at Riverside Motors were not only car keys, but also a 2008 GMC Acadia, 2008 Nissan Titan, 2007 Ford F-150 and a 2013 Chevrolet Silverado. Of course, the Silverado is now recovered along with the keys to the other vehicles. But, two trucks and an SUV are still missing.

42 Year old Jones remains behind bars unable to make bond at this point and the case remains open.