9,000 Year old skeleton to to be discussed at MTSU 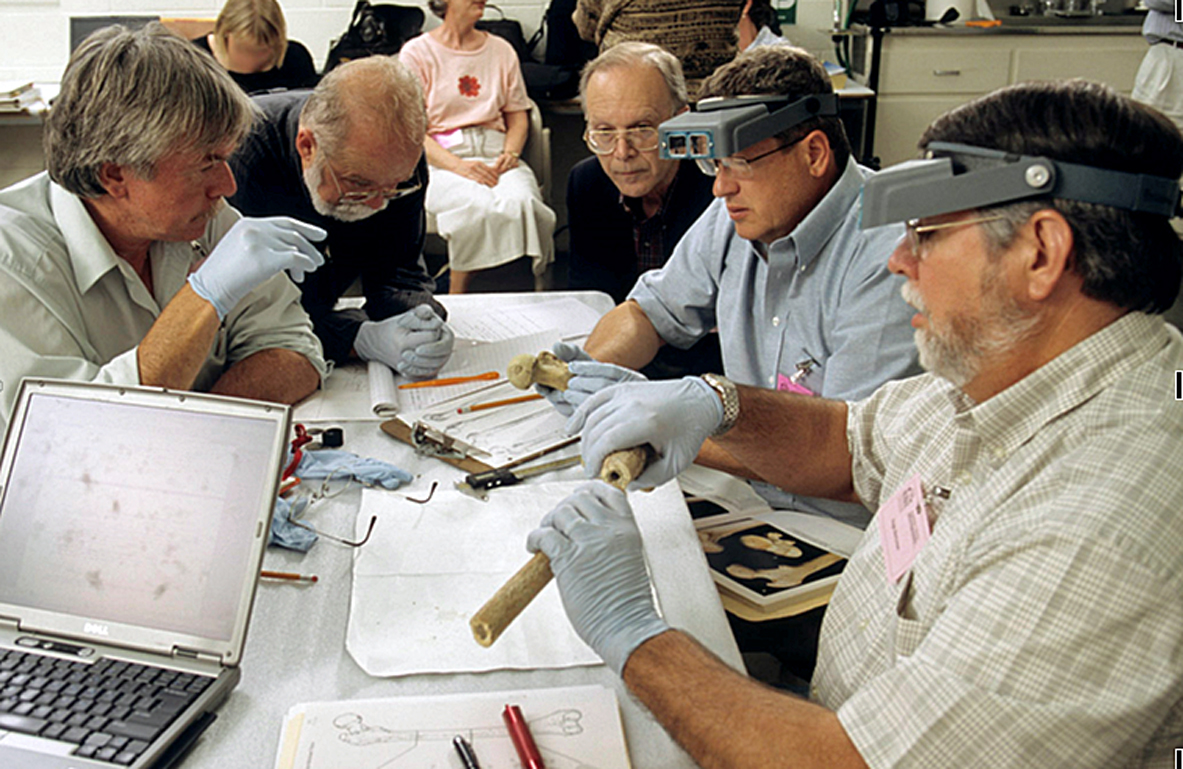 An MTSU professor's contribution to a new book has helped alter the discussion about the origins of humankind on the North American continent.

Dr. Hugh Berryman is the author of a chapter in "Kennewick Man: The Scientific Investigation of an Ancient American Skeleton," which was published in late 2014 by Texas A&M University Press.

Berryman, a research professor and forensic anthropologist, was one of 11 top American researchers who collaborated in the 2005-2006 examination of a nearly 9,000-year-old skeleton that forced the scientific community to rethink the history of the peopling of the Americas.

"It's allowed a window into not just a time but perhaps a group of people that we really were not aware of," said Berryman, who also is director of MTSU's Forensic Institute for Research and Education.

The more than 300 bones and bone fragments were discovered accidentally in 1996 by two teenagers along the Columbia River at Kennewick, Washington. Under the direction of Dr. Douglas Owsley, head of the Division of Physical Anthropology at the Smithsonian Institution's Museum of Natural History, the experts scrutinized the bones.

Remarkably, the bones were in excellent shape, having survived centuries of weather, insects, animals, erosion and human activity. Owsley called it "as complete a skeleton as has been found in North America."

Dubbing the skeleton "Kennewick Man," the scientists determined that this hardy, rugged individual lived into his mid- to late-30s and that his right arm was stronger than his left because he threw spears with his right arm as a hunter.

In fact, Kennewick Man died with the point of a spear stuck into his right hip, although Berryman said that injury did not cause his death.

The details of Kennewick Man's life could lead to a definitive determination of his ethnic origins. The bones reveal that some of his physical characteristics didn't resemble those of Native Americans.

Kennewick Man's facial features more closely resemble those of the Ainu, an aboriginal Japanese group of people who have different ethnic characteristics from other Japanese, than those of Native American tribes, Berryman said.

As Berryman said for a 2006 MTSU News story shortly after Kennewick Man was studied, "Bone is great at recording its own history. Throughout your life, there are different things that you do, and they may leave little signs in the bone. If you can read those signs, it's almost like interviewing a person."

Owsley, who co-authored the book with Richard L. Jantz, has known Berryman since 1973, when they picked apart human remains as students at the University of Tennessee's "Body Farm." He said Berryman immediately came to mind as the person to scrutinize these rare bones.

"Berryman wrote a spectacular chapter for the volume," Owsley said. "I am firmly convinced that no other scientist could have read the fracture patterning as carefully and thoroughly."

The chapter written by Berryman has the somewhat murky title of "Postmortem Breakage as a Taphonomic Tool for Determining Kennewick Man's Burial Position."

In short, Berryman examined the bones to figure out how they broke and under what conditions. With that knowledge, he was able to determine that Kennewick Man was buried in a supine position--in other words, face up.

"It takes some energy to dig a hole even with a modern-day shovel, let alone a digging stick," said Berryman, who frequently is called upon to testify in criminal trials because of his expertise. "If you're buried, that tends to imply that you had somebody that cared something about you."

Who were those people? Perhaps future study will reveal conclusive answers to that question. The Kennewick Man story has not been completely written.

"I don't want the discussion to end here," said Owsley. "I expect there to be different opinions. It will set a standard in terms of how much you can determine after the fact."

Owsley is scheduled to visit MTSU as the William M. Bass Legends in Forensic Science Lecturer at 6:30 p.m. Tuesday, March 3, in the Student Union Ballroom. His subject will be "Seriously Amazing Moments in Smithsonian Research."