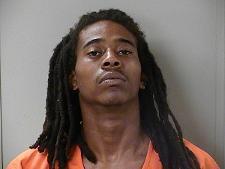 Entering vehicles that do not belong to you is reason enough to get arrested.

Murfreesboro Police observed a man get into a white GMC Yukon parked behind an address on North Maple Street. When they approached the SUV, they spotted the man inside the drivers seat. The subject was quickly identified as LaDonta Francis.

Police say Francis admitted to entering vehicles because he did not have any money.

During a police interview, it was determined that Francis entered 9 vehicles. He was formally charged with 9 counts of burglary to an auto and theft under $1,000. Francis was booked under a $28,500 bond.

The arrest took place on Wednesday morning at 2:20 AM.