"A Christmas Story" in Woodbury, TN 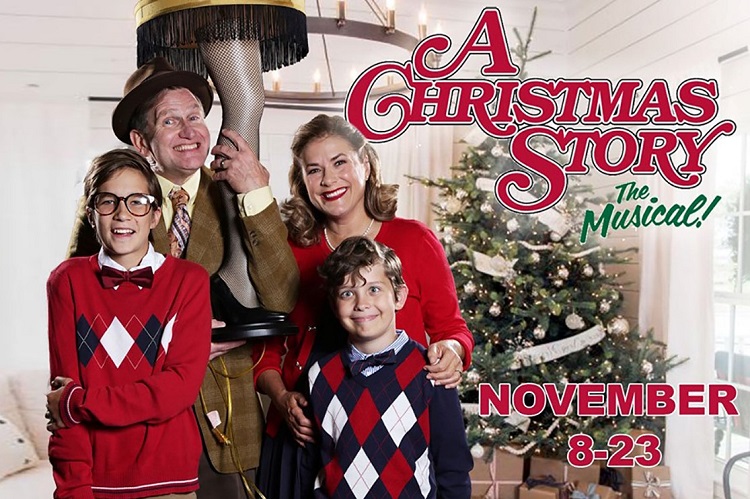 (WOODBURY, TN) The Arts Center of Cannon County, 1424 John Bragg Highway, in neighboring Woodbury is presenting the popular musical "A Christmas Story on Friday and Saturday evenings at 7:30PM with a 2:00 o'clock Sunday matinee, November 8 - 23, 2019.

Nine year old Ralphie Parker wants one thing for Christmas, and one thing only: An Official Red Ryder Range Model Carbine Action BB Gun. There's only one problem: everyone else is convinced he'll shoot his eye out! Undeterred, he begins his saga of convincing all the necessary players, from his sweet but protective Mother, to his straight-laced teacher, Miss Shields, all the way to Santa Claus himself, that he needs that gun for the protection of his loved ones, and maybe even a little cowboy glory to call his own.

Ralphie's vivid imagination conjures up several show stopping numbers, from "Ralphie to The Rescue" in which he defeats every foe a young boy can think of (robbers, mustache twirling villains, and of course, the school bully), to the thrilling tap routine performed by a gun moll-esque Miss Shields, who sheds her sweater set and romance novel for a glittery red gown and a whole lot of moxie. And Ralphie's not the only one with dreams of grandeur. His old man is just as set on a goal of his own, namely, winning a prize in the $50,000 Great Figures of World Literature Contest. His dreams come true when he wins a major award from the competition in the form of a garish, fishnet stocking clad leg lamp, which horrifies his wife but brings him unadulterated joy.

In the biggest number of the show, the Old Man dreams up a fantastic dance sequence, developing from a euphoric ballet, to a sultry tango with his wife dressed a la lamp, and finally to a show stopping leg lamp can-can bringing the number to a triumphant close. Filled with quirky and lovable characters, this zany, heartfelt, and nostalgic musical is as delightful as the biggest, shiniest present under the tree on Christmas morning.

Again, the Arts Center of Cannon County is located at 1424 John Bragg Highway in neighboring Woodbury. For more information phone 615-563-ARTS (2787), or check their website: www.artscenterofcc.com.