A slew of tactical gear, firearms and ammunition stolen from vehicle in Murfreesboro 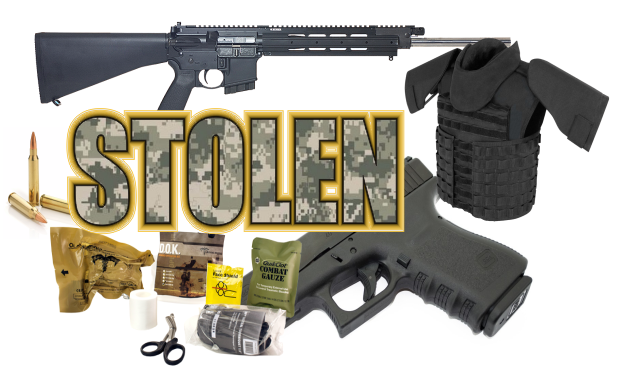 A 31 year old Murfreesboro man called the police department after noticing his firearms were missing from his Ford Edge. According to the police report, the local resident is actually a Murfreesboro Fire Fighter.

Stolen were a Glock 23 handgun, an AR-15 rifle, a Tactical vest, a black rifle, an "Officer down kit," a can of 600 rounds of ammo, fourteen 30 round magazine's for an AR-15, Glock brand night sights and much more.

The theft was reported to have taken place at the firefighter's apartment complex on Lascassas Pike in Murfreesboro. All of the stolen firearms were recorded in the National Crime and Information Center database on the 12th of this month (12/12/16). However, the man reported that the theft could have occurred in November as he did not check his collection of equipment since November 28th.

Currently, there are no known suspects at this time.