A suicide was reported on the Murfreesboro VA campus Monday night 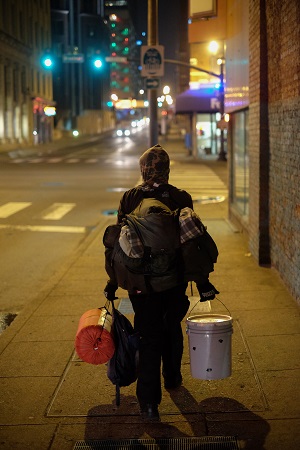 Photo of a U.S. Veteran who is homeless by Scott Walker (see more at SmallTownBigWorld.com)

There was a shooting at the York VA Medical Center in Murfreesboro Monday night. Lisa Marchesoni, the Public information officer for the Rutherford County Sheriff's Office, confirmed they investigated the incident.

Sadly, the shooting was self inflicted... it was a suicide.

In 2013, the United States Department of Veterans Affairs released a study that covered suicides from 1999 to 2010, which showed that roughly 22 veterans were committing suicide per day, or one every 65 minutes. That number is said to be even higher today.