A Traditional Birthday in India Celebrated in Murfreesboro 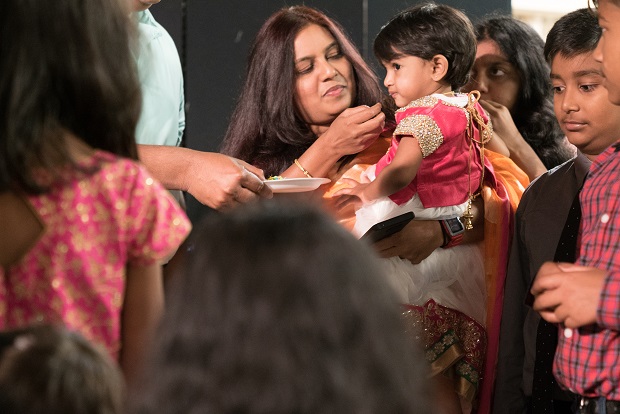 I recently had the honor of attending an Indian birthday party for a friends' daughter who has deep roots to India and family still living there. It was extremely different from the type of birthday party I am familiar with. The party was held in Murfreesboro.

Of course, there was the traditional birthday cake and all the children running around, some quietly sticking their fingers in the icing when they thought no one was looking. There was also music, friends and family present, just as one would see at an American birthday party. The difference however, was the theme of praying for the child celebrating her big number two. The secondary difference included real (and really good, but real spicy) Indian food. It was a huge dinner followed by desert and the desert followed by birthday cake.

During the beginning of the event father John Spurgeon asked that several family members and friends join him and his wife by laying hands on their small child while praying for blessings, good health and positive influences over her life. Some of those friends were Tennessee natives while others were from India. It was nice to see the clash of backgrounds and colors and coming together in prayer. 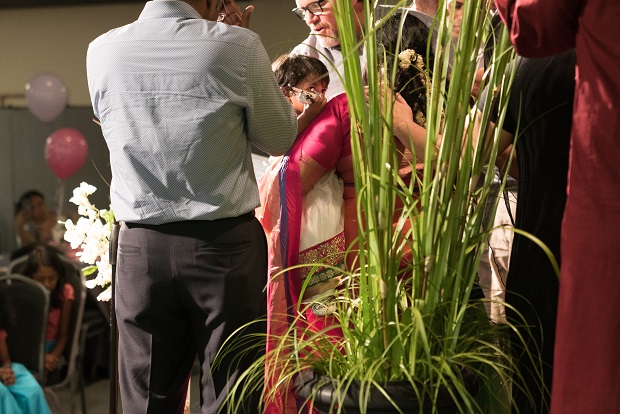 The dinner that I previously mentioned, was excellent. I Iove spicy foods and this was top notch.

In India, it is customary to finish what you are served and most of the guest who were from India, would have proud mothers as they were part of the clean plate club. The food was followed by a plate of Indian rice pudding, which tasted almost like a cinnamon cobbler. It was extremely good.

When the cake was cut the children surrounding it did not dive into it as one might expect. Instead, friends took turns feeding a slice of cake to the two-year-old birthday girl. The child patiently waited as she enjoyed her cake bite by bite.

It was a very positive event for sure and educational.

John is a pastor with New Vision Baptist Church in Murfreesboro. He is in charge of the jail ministry and works with those who are incarcerated in our community.

Pastor Spurgeon is originally from India where he grew up. His father, who is a Baptist preacher in India, is well known for hosting large church services in the country that is predominantly made up of those who follow the Hindu belief system.

Growing up as a Baptist in India is somewhat rare. The Indian subcontinent is the birthplace of four of the world's major religions; namely Hinduism, Buddhism, Jainism and Sikhism.

Major Religions in India and the percentage of followers: