About 50% do not support the death penalty 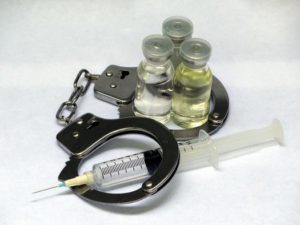 The death penalty, often administered by injections of lethal drug cocktails, is receiving less public support, according to research by Pew. (dodgertonskillhause/morguefile.com)

The U.S. Supreme Court is expected to hear two death-penalty cases this term, and while the court will primarily consider constitutional law in reaching their decisions, research shows that half of the country does not support capital punishment.

A new study released by the Pew Research Center found that the number of Americans in favor of the death penalty is at its lowest level in four decades.
The shifting opinion is often rooted in distrust in a broken system, according to Kristin Collins, a spokeswoman for the Center for Death Penalty Litigation. She noted that more than 150 people on death row have been exonerated in recent years, including three in Tennessee.

According to Pew, in the 1990s eight in 10 Americans supported capital punishment. The latest report showed that while support has declined across the spectrum, Republicans favored the death penalty more than two-to-one over Democrats.

According to the Tennessee Department of Correction, there are currently 64 people on death row, some of them with convictions dating back to the 1980s.
Collins said people are beginning to understand that a life sentence is not the "country club" atmosphere sometimes portrayed in movies.

"Life without parole is a really harsh sentence, and I think anybody who might think it's sort of some fun, cushy sentence should go try it out," Collins said. "If you're in central prison, you never even get a contact visit. You only visit through thick glass and bars with your family. It's not a pleasant life."

It has been over two years since anyone has been sentenced to death in Tennessee.