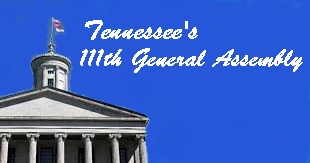 The American Civil Liberties Union of Tennessee announced that it will file a lawsuit if the "Fetal Cardiac Activity Bill" becomes law.

The legislation, HB 77/SB 1236, as amended, would prohibit abortions in Tennessee after fetal cardiac activity is detected, which can occur as early as six weeks into a pregnancy.

The measure passed out of the Tennessee General Assembly's House Health Committee on Tuesday (2/26/2019).

Tennessee ACLU Executive Director Hedy Weinberg said, "This dangerous bill bans abortions as early as six weeks into a pregnancy, when most women do not even know they are pregnant - which is tantamount to outlawing almost all abortions in Tennessee. A woman should be able to make decisions about what is best for her health and her family in consultation with her doctor and her loved ones, without politicians interfering or trying to force her hand. If this bill passes, the ACLU of Tennessee stands ready to file a lawsuit immediately."

A summary of the bill from Tennessee's Fiscal Review Committee shows:

Requires the person determining the presence or absence of a fetal heartbeat to record the estimated gestational age of the fetus, the ultrasound method used, the date and time of the test, and the results of the test in the pregnant woman's medical record. Requires that the pregnant woman be offered the results of the ultrasound, including if a fetal heartbeat is detected, in person or by telephone.

Allows for a civil cause of action if the pregnant woman is not given the required information or is given false information. Authorizes damages, court costs and reasonable attorney's fees.

Requires a physician who performs an abortion or attempts to procure a miscarriage under the medical emergency exception to declare in a written statement to be placed in the woman's medical records that the procedure is necessary and the specific condition that constitutes the medical emergency. Repeals the Tennessee Infants Protection Act enacted by Public Chapter 353 of the Public Acts of 2017.