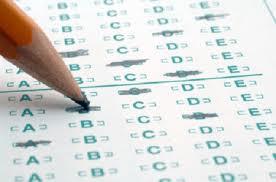 The popular ACT college admissions exam is broadening how it reports students’ scores. The exam’s traditional 36-point scale remains unchanged. But, starting next year, students will also receive an ACT score on two new “readiness indicators” reflecting how they did in terms of career readiness and understanding complex text, the nonprofit testing organization announced Friday.

A new category will offer students a separate score on STEM performance – short for science, technology, engineering and math – that combines the science and math portions. A second new category in the area of language arts combines how they did on the English, reading and writing portions – for those who took the writing portion.

The writing portion remains optional for traditional Saturday morning test takers, but the ACT said the writing section is also being modified to make the essay topics more advanced and to require test takers to potentially provide multiple perspectives on a topic, instead of just one view. The announcement comes three months after the College Board, which operates the competing SAT, announced sweeping changes to that exam that include moving the perfect score back to 1,600, making the essay optional and shifting the vocabulary away from some high-sounding words in favor of those more likely to be used in school or on the job. The changes are expected in 2016. The ACT said that on June 14, a Saturday, just under 600,000 students are scheduled to take the exam – a record high.