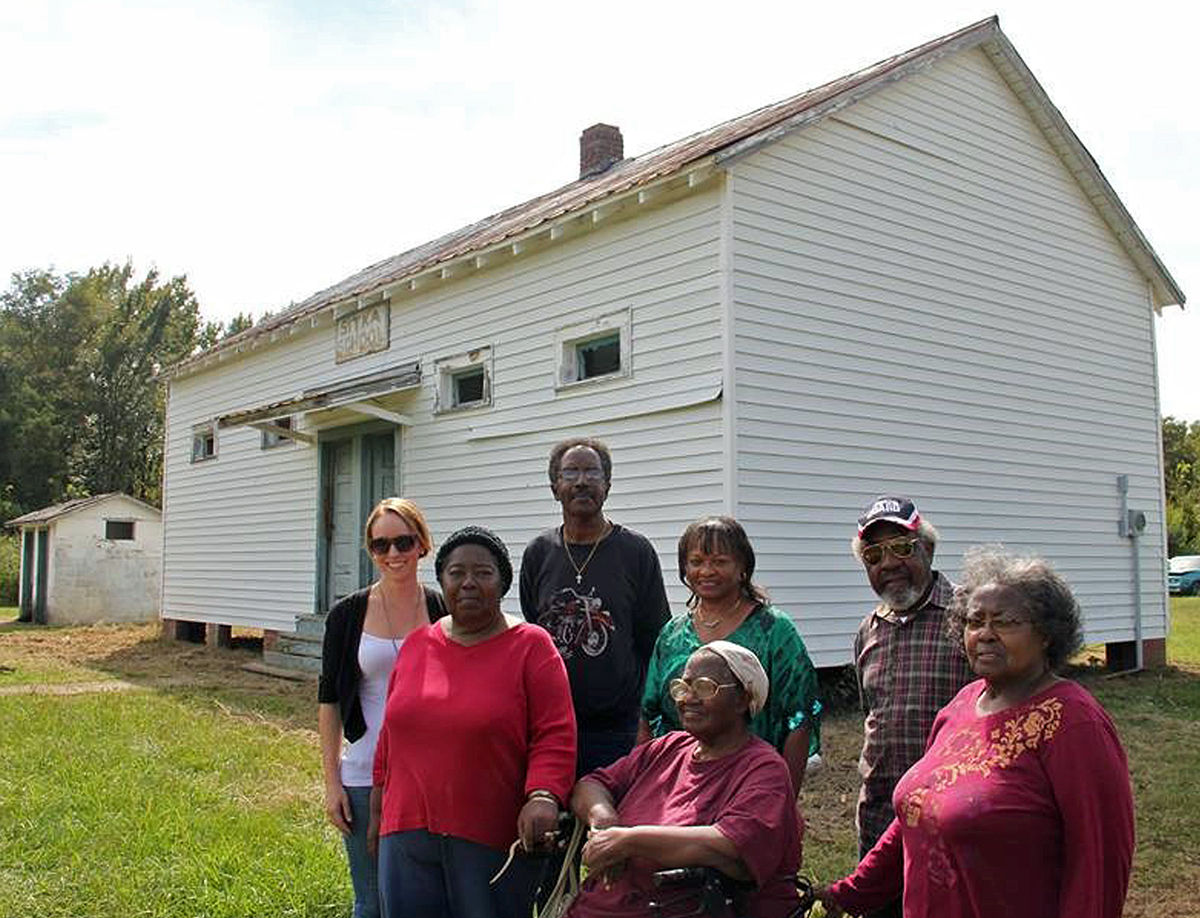 Alumni of the Sitka Rosenwald School in Gibson County, Tennessee, pose in front of the building with Amanda Barry, back row left, a Center for Historic Preservation graduate research assistant. (Photos submitted)

Individuals and groups that want to save important remnants of African-American history now have a new resource to guide them.

"It ties in with our philosophy of working with communities throughout the state on their preservation needs and interpretive needs," said Antoinette Van Zelm, assistant director of MTSU's Center for Historic Preservation.

One example of a site the CHP already has helped to preserve is Griggs Hall, the first building constructed in 1923 on the campus of Nashville's American Baptist College. A free-standing marker erected by the Tennessee Historical Commission details how the school was an incubator for civil rights activism during segregation.

Over the years, staff and students have compiled numerous links to historic structure reports, heritage development plans, nominations to the National Register of Historic Places, driving and walking tour brochures and posts from the CHP's blog "Southern Rambles."

"We want to make sure that people have access to different projects and programs that are similar to what they may want to do," said Van Zelm.

Some organizations tie their preservation of the past to the enlightenment of future generations by setting aside an area for continuing education, Van Zelm said.

"For example, some of the African-American schools that no longer exist after integration ... have alumni associations, and they're interested in preserving the school or opening up a heritage classroom," Van Zelm said.

It can be accessed athttp://tinyurl.com/zz4jq8x.