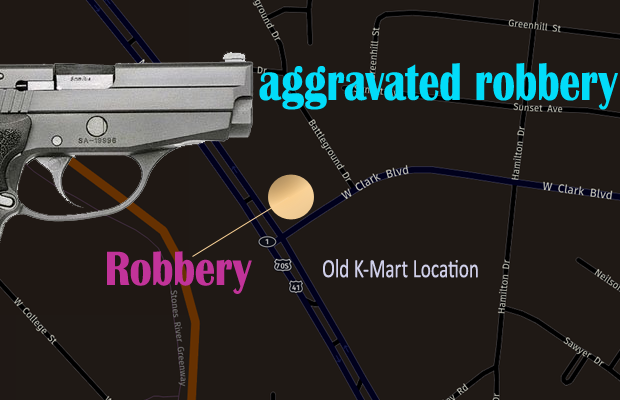 An aggravated robbery was reported in Murfreesboro this past Saturday night around 10:00. The hold-up allegedly occurred at the M&S Market on West Clark Blvd.

The store clerk told police that a black male wearing a long sleeve - blue and white flannel shirt came in and displayed a silver handgun. The man appeared to be about 6-feet tall weighing around 180 pounds. He demanded money from the cash register. The clerk also told police the subject was wearing a black in color GAP hat or ball cap.

After the culprit got the cash, he fled the store on foot running towards Broad Street.

At this point, an arrest has not been made and the case is under investigation.