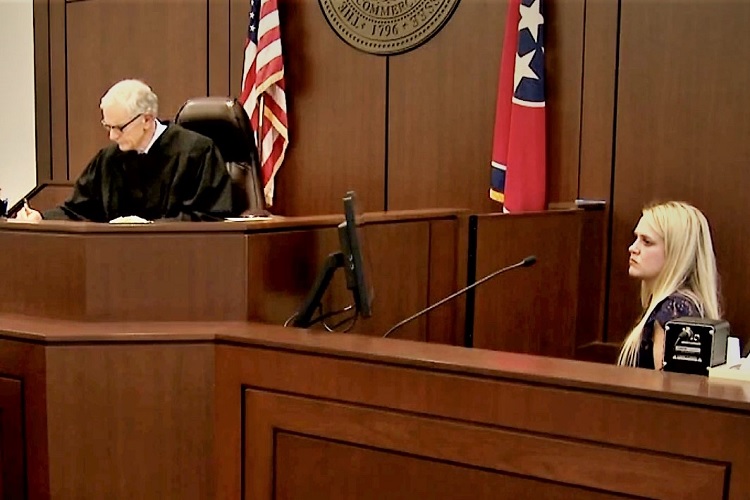 (MURFREESBORO) Kelsey Ketron appeared in court Monday (2/24/2020) and was found guilty. However, under the arrangements of a plea agreement between both sides, she does not have to serve additional time behind bars. Officials indicated that she could have had to serve up to 82-years, if the judge had decided to rule that way.

Instead she received 8-years of probation, a $10,000 fine, 300 hours of community service time, and she pleaded no contest to 15 counts of fraud and forgery.

Under the plea agreement, the judge ruled that Kelsey Ketron is not allowed to work in her family's insurance business, nor is she allowed to be involved with political campaigns.

All of the charges against Universal International Insurance were dismissed.

As you recall, on January 24, 2020, Kelsey Ketron settled a related civil case with the Tennessee Department of Commerce and Insurance. In that proceeding last month, she did not admit any guilt, but agreed to a "voluntary revocation" of her insurance license and agreed to pay a $23,000 fine.

Those legal actions set the stage for the plea agreement that was presented in court on Monday (2/24/2020).

After court was dismissed, the Ketron family met briefly with the media.