Air Compressor stolen from a car wash in Murfreesboro 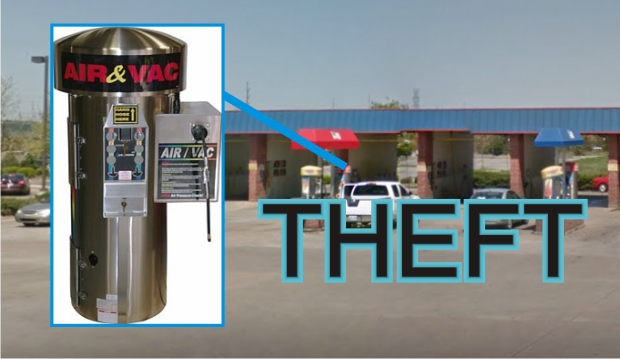 A large air compressor at a car wash in Murfreesboro was stolen. The air compressor, valued at more than $1700, was stolen from the National Car Wash in front of the Rutherford Boulevard Walmart store.

To steal the large stainless steel air compressor, someone had to use a torch to cut the metal conduit connecting the equipment to the electrical source and concrete. They also had to remove several bolts in the ground holding the compressor in place.

The air compressor was next to the car wash vacuum's that sit in front of the self service bays. Detectives are investigating the case and reports indicate the subjects who stole the air compressor may have been caught on video.