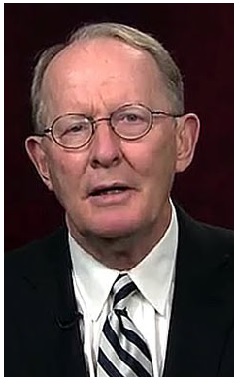 Alexander said: "Tourists come to Tennessee to see the scenery, not the billboards. As governor, I worked with the Tennessee legislature to create 10,000 miles of state roads and scenic highways with no new billboards. Tennessee is a beautiful state, and we wanted people to enjoy it as they drove across the country. Today, we celebrate the 50th anniversary of the Highway Beautification Act of 1965 as a key moment in our country's history of preserving the Great American Outdoors."

Udall said: "I was very pleased to cosponsor this resolution on the 50th anniversary of the Highway Beautification Act. Led by President and Lady Bird Johnson, the law was one of several significant actions by Congress and the president that helped shine a light on the importance of protecting our natural treasures. In the half century since, that light has sometimes flickered, but it has never gone out, and today, we are all still the beneficiaries of their vision and determination. This resolution honors their leadership, and challenges us to renew our commitment to ensuring that future generations can enjoy and benefit from our nation's natural beauty."

President Lyndon B. Johnson's wife, Lady Bird Johnson, convened the first White House Conference on Natural Beauty, saying, "Surely a civilization that can send a man to the moon can also find ways to maintain a clean and pleasant earth." She became the de facto leader of the scenic conservation movement, which ultimately led to the passage of the Highway Beautification Act of 1965. This legislation encouraged states to ban billboards that are outsized, too close together or located in scenic areas.

Alexander and Udall introduced the Resolution Commemorating October 22, 2015 as the 50th Anniversary of the Enactment of the Highway Beautification Act of 1965 on Oct. 19, 2015.

The resolution passed the Senate by unanimous consent.