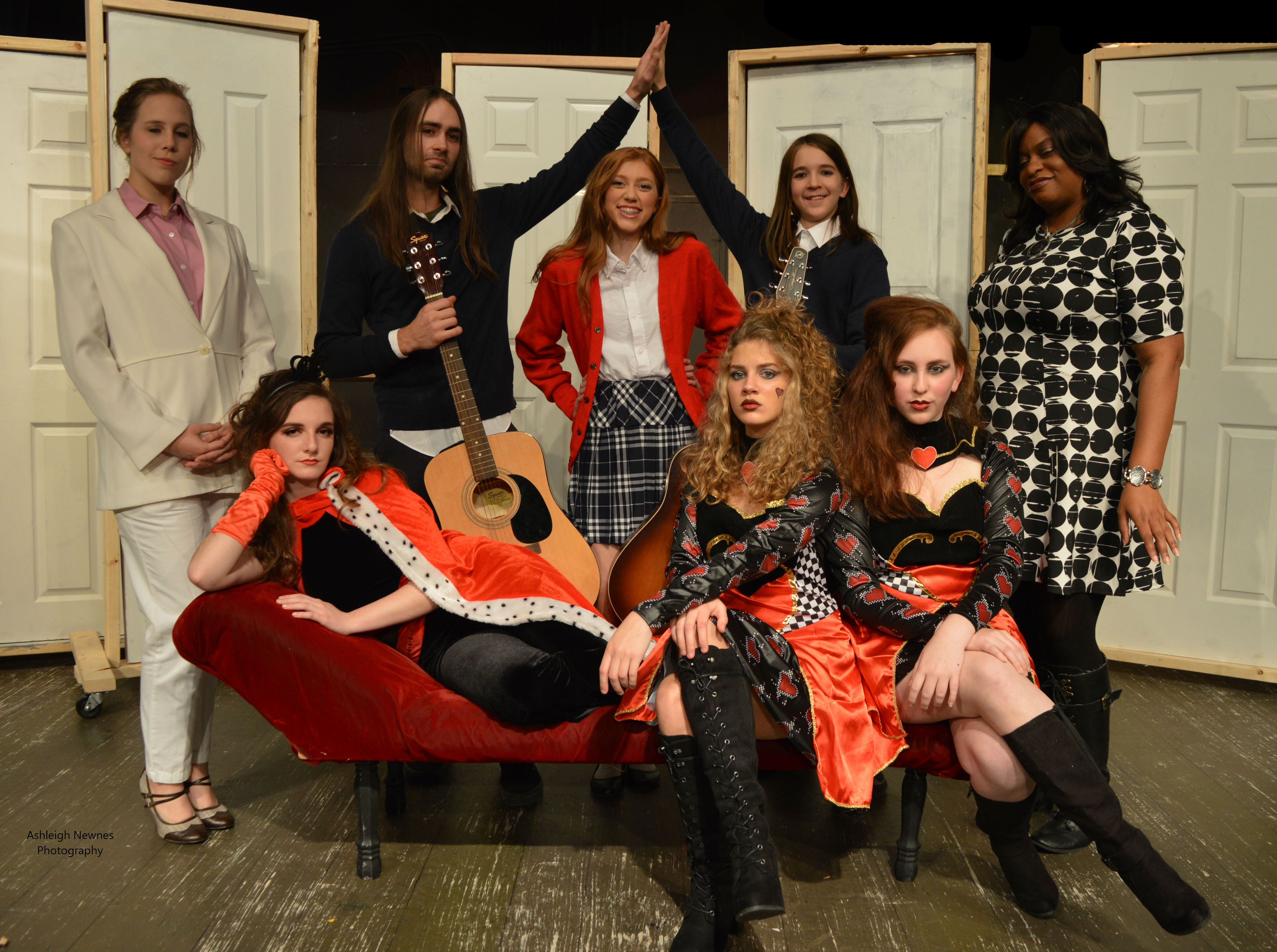 The Center for the Arts will open its 2017 season with the regional premiere of the award-winning ALICE - A WONDER FULL NEW MUSICAL. ALICE was created by composer Jon Lorenz, who is a former colleague of Denise Parton, CFTA Youth Program Coordinator and director of the show.

Lorenz is thrilled to have the show being produced at The Center for the Arts. "It is so very exciting for ALICE to make its Middle Tennessee premiere. Over time, I have been thrilled to see passionate directors and young actors continue to embrace the story and brand every aspect with their own experience and personal dynamite. The glimpses I've seen, from the Center for the Arts rehearsals, promise something very unique and special."

ALICE was selected by Stephen Schwartz (composer of Wicked) to be a part of the 2005 ASCAP/Disney Musical Theater Workshop, performed at NYU in 2010, and optioned by NBC/Universal Theatricals in 2013.

It has been a goal of Parton's to bring the show to Murfreesboro, and she is excited to introduce it to our area. "I've been in love with the show since the first time I saw it back in California in 2008," says Parton. "The show is extremely difficult to perform but after seeing all the talent in this area, I knew we could pull it off--and I was right! It is going to be amazing-- there are such talented youth in this area!"

ALICE - A WONDER FULL NEW MUSICAL, is a modern retelling of Lewis Carroll's Alice's Adventures in Wonderland and Through the Looking Glass. Alice is a typical high school senior, who is supposed to write an essay on what her future holds, but the only thing that matters is the concert she is going to that night. If she could only meet the singer in her favorite band, Red Queen, maybe her life would make sense - but soon nothing makes sense as she takes a trip to Wonderland instead, meeting a crazy array of personalities that vie for her attention. This musical adventure may just give Alice the clarity she needs to see who she really is.

Full of rock-pop music and familiar Wonderland characters that have been tweaked for a modern audience, ALICE is a must-see family experience. The Mad Hatter is here, but this tea party is set in a TV studio, and the Duchess character has been transformed into a parenting guru who has some opinions to share with Alice. What will happen when Alice finally does meet her idol, Red Queen? It's a subtle commentary on the myriad influences kids have in their lives today from media and arts to peer and family pressures.

Lorenz was born and raised in San Diego, he works as actor, director, playwright, composer, and teacher. He studied acting, directing, and music at Cal State Fullerton and Chapman University, and has spent the last nine years as a Resident Artist and Musical Director for Lamb's Players Theatre. Jon is the co-creator of Mixtape: a Totally Awesome Musical Journey Through the 80s which was named by the Union-Tribune as "San Diego's longest running home-created show." He lives in San Diego with wife and muse Julie, and their two children Hudson and Macy.

The Center's 2017 season opener features a cast of 39 youth, led by Jet Thurmond as Alice. Tickets can be purchased on the Center's website at www.boroarts.org; calling 615-904-2787; or stopping by the Center's box office at 110 W. College St. in downtown Murfreesboro.

Prices are $15 for adults; $13 for seniors, students and military, $11.00 for children. Group tickets are available. Performances are at 7:30 pm on Friday and Saturday evenings and 2:00 pm on Sunday afternoons.

The center, a recognized 501(c)(3) organization, is supported in part by generous grants provided by the City of Murfreesboro, the Tennessee Arts Commission and the Community Foundation of Middle Tennessee. ALICE is sponsored by Purified Air Solutions

Read more from:
News
Tags:
Alice in Wonderland, Center for the Arts
Share: