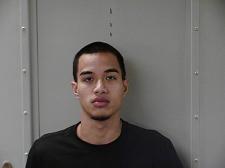 9.9 Ounces of marijuana and over $3,500 in cash were seized as evidence by Murfreesboro Police after officers met with a Board of Probation and Parole officer at an apartment on St. Andrews Drive (Woodgate Farms).

Once at the home, police were given permission to search the address by the main resident. Shortly after the search started, a probation officer and a police officer quickly located the weed and followed up their discovery with an arrest.

22 Year old Patrick Soukkaseum, who was already on probation, was charged with the felony possession of a schedule six drug. He was also charged with possession of drug paraphernalia due to digital scales being located in the residence.

One of two cell phones found in the apartment revealed text messages that were, "Indicating drug sales," according to the arrest report.