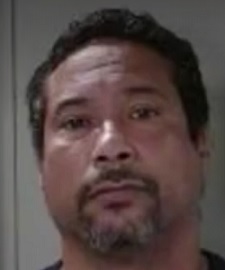 The owner of a dog that died due to extreme heat about this time last year, will be in court on Monday (6/20/16) to face a single charge of cruelty to an animal.

In June of 2015, Rutherford County PAWS responded to Journey Drive in Murfreesboro where someone reported a dog in distress. Evidently, the dog became entangled on a leash or a lead and a neighbor called police for help. The report shows there was a lack of water and food near the animal, which eventually died.

Animal control says the dogs body temperature was 131 degrees when they recovered the animal.

Kevin Syas, the owner of the dog, was arrested and charged with animal cruelty after the dogs' death. His wife told News 2 in 2015 that it was an accident. She said the dog named Stevie got tangled and that water with ice in it was left for the dog before the family left for the day. She added that she wished the neighbor who saw the dog struggling would have helped.

Syas will appear before Judge Bragg on Monday (June 20, 2016). The subject also faces a charge for failing to previously appear in court.