Annual Shop with the Sheriff Program a Success 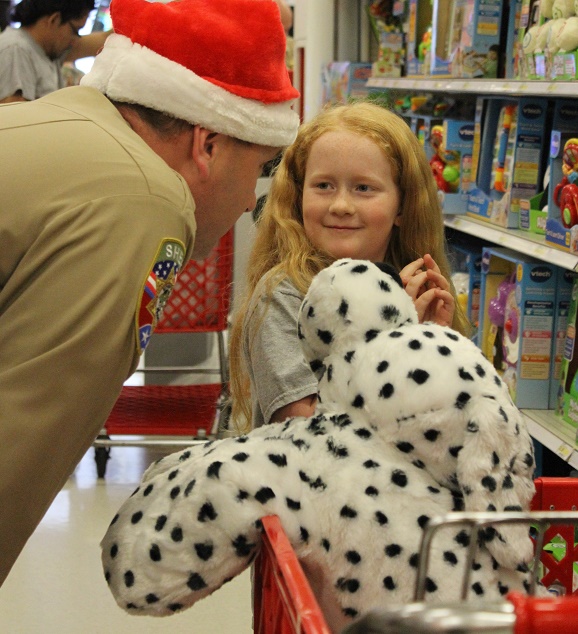 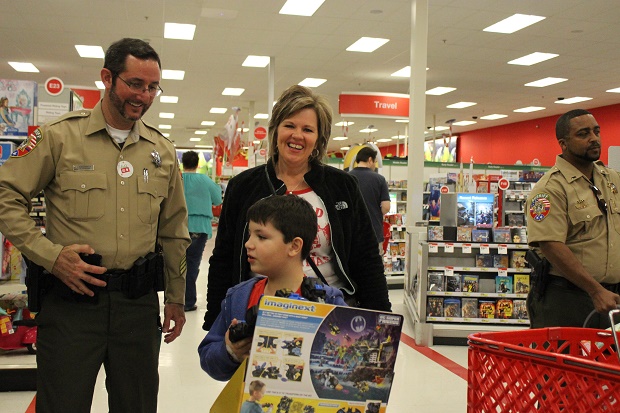 Ivo Johnson, 7, clutched the Batman T-Rex Robot he selected for Christmas during the annual Shop with the Sheriff trip Saturday at Target.

"I don't need many presents," Ivo said as he shopped with School Resource Officer Jeff DeGennaro and Cathy Barrett of the Sheriff's Citizens Academy's Alumni Association. "I have been waiting for this day for a couple of months."

Ivo was one of 33 children who shopped at Target with Sheriff Robert Arnold, School Resource Officers and Sheriff's Office employees and volunteers during the annual event. The shopping trip is funded by donations collected at Toot's Restaurants. The students were chosen by need from the county schools.

Lillian's family lost all their belongings in a recent house fire.

"I love this," she exclaimed as she wrapped her arms around the box.

Before shopping, the children ate a buffet breakfast at Farmers Restaurant.

Sheriff Arnold thanked Toot's and all the sponsors who donated money to fund the event. He thanked the SROs and everyone who helped the children shop.

"It was heart-warming to watch these children become so excited about buying Christmas presents," Sheriff Arnold said. "Many of the children chose presents for their brothers and sisters and their parents. They showed the true meaning of giving."