Another Shooting In La Vergne--11:30PM Saturday 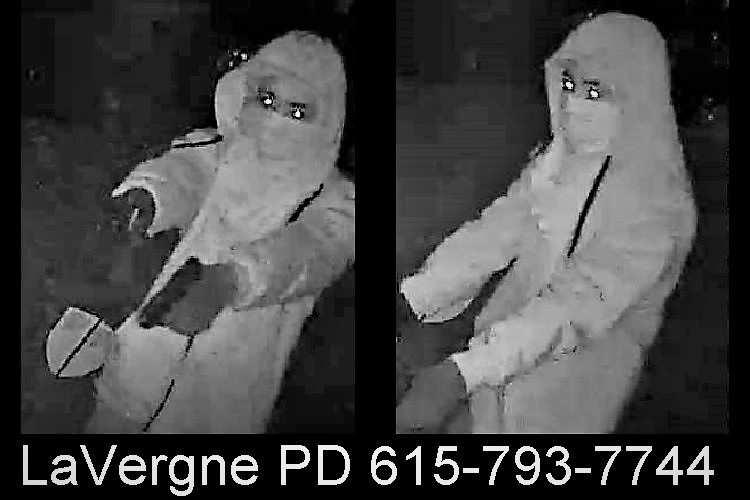 (La VERGNE, TN) Police have released surveillance photos of the suspect involved in the Saturday (12/14/2019) night shooting in La Vergne that occurred around 11:30PM. A 15-year old male was shot on Tonya Drive, and is suffering serious injuries.

La Vergne Police Sergeant Bob Hayes told NewsRadio WGNS, "The victim was transported to the Trauma Center at Vanderbilt Hospital where he is still being treated for his injuries. The victim described the suspect as a light skinned black male."

The La Vergne Police Department is asking for anyone who recognizes the person in the crime photo or has information in regards to the incident; please call La Vergne Police at 615-793-7744.

Tonya Drive is about a mile from where another teen was shot while driving his car on Cullen Drive on Friday, December 6, 2019. That youth died of his injuries a few hours before this teen was shot.

You can also remain anonymous and phone Rutherford County Crime Stoppers at 615-893-STOP (7867). When you call CrimeStopper, no one, not even the police will know your identity. Plus, if your tip leads to an arrest and conviction, you are eligible for a CASH REWARD of up to $1,000.