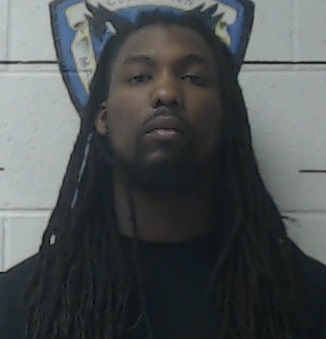 An investigation by Special Agents with the Tennessee Bureau of Investigation has resulted in the arrest of an Antioch man for his role in a shooting in Macon County over the weekend that left two people dead.

At the request of 15th District Attorney General Tommy Thompson, TBI Special Agents joined the Macon County Sheriff's Office in investigating a shooting on Saturday that left two people dead. James Turner (DOB 8/28/1972) and Ashley Mondoni (DOB 2/19/1984) were both found in a vehicle at 5100 New Harmony Road in Macon County by a neighbor, who called 911. During the course of the investigation, Agents developed information that led them to Rodney Garrett (DOB 3/5/1987) and Keithandre Murray (DOB 10/31/1994) as the individuals responsible for the deaths of Mr. Turner and Ms. Mondoni.

On Thursday, Garrett was arrested in Nashville. He was transported to Macon County and booked into the Macon County Jail on two counts of First Degree Murder. He is being held without bond. Keithandre Murray was added to the TBI Top 10 Most Wanted list Thursday evening. Anyone with information on Murray's whereabouts is asked to call 1-800-TBI-FIND.