Are You Ready For Monday's Eclipse? 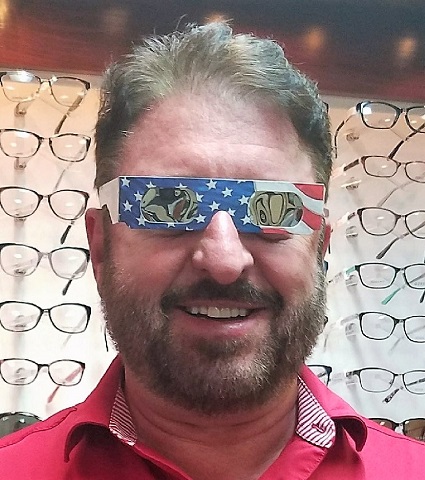 Monday afternoon's total solar eclipse is more than a once in a lifetime opportunity. In fact, this is the first time since 1776 that an only in America eclipse has occurred.

The event has been described as the "Great American Eclipse", because it can be seen only by people in the United States. The 70-mile wide path begins in Oregon and travels at approximately 2,300 miles per hour toward South Carolina. It passes through Middle Tennessee around 1:30PM.

The total solar eclipse occurs when the moon appears to completely cover the sun. Totality will last approximately 2-minutes in Tennessee.

Dr. McCabe also warns that you should give yourself enough time to get to your destination. Even if you have a farm that's along the center line of the eclipse path, you may run into heavy traffic getting to your viewing point. A word to the wise--give yourself extra travel time!

The weather forecast for the area is excellent--partly sunny!

There will be public SOLAR ECLIPSE VIEWINGS here in Murfreesboro: