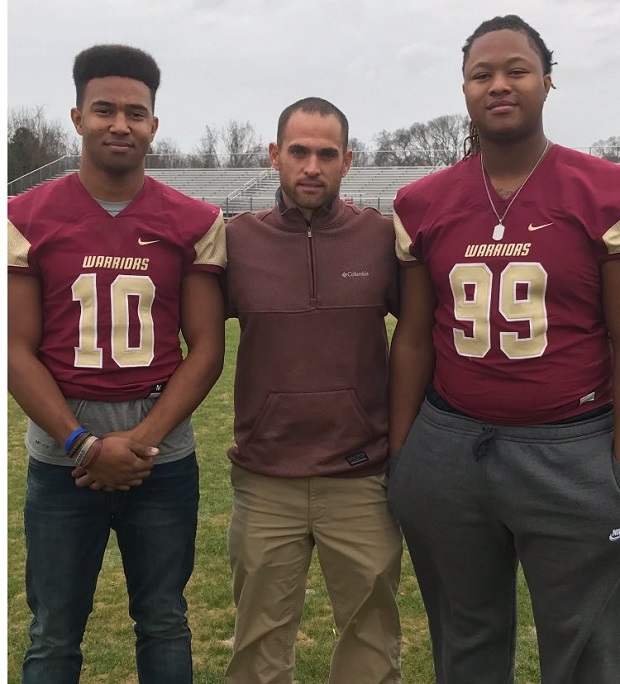 Riverdale football coach Will Kriesky (center) stands with Jarek Campbell (left) and Dre Litaker (right) for a photo on Twitter after their college commitment announcements.

Another local football standout makes his college choice. Riverdale's Dre Litaker committed Tuesday to the University of Tennessee, which was released on Twitter. He's previously narrowed his choices to the Vols, Alabama and Louisville.

Teammate Jarek Campbell on Monday announced he's planning to go to the University of Louisville and Blackman running back Master Teague committed to Ohio State.

Teague made his public announcement in this video on Twitter (below)