Arrest Made in a Recent Construction Theft 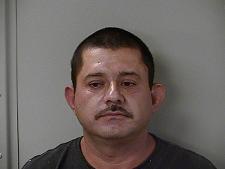 An arrest has been made in a recent construction theft.

Evidently, the theft involved about $1500 worth of shingles. The original report shows they were stolen in the 2,000 block of East Main Street in Murfreesboro.

Police investigated the case and then determined the suspect was believed to be 43 year old Osbaldo G. Rodriguez of Nolensville, TN. The man was apprehended when he was pulled over on NW Broad Street after police recognized him.

Rodriguez was charged with theft and will appear in court on September 24, 2018 for the reported theft of roofing materials. As of Wednesday (8/15/18), Rodriguez was still behind bars at the Rutherford County Adult Detention Center.