The Supreme Court on the MTSU Campus Today? Why? 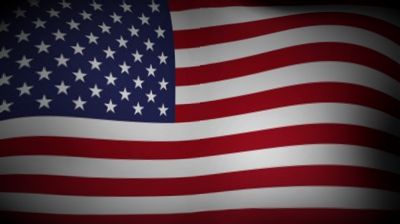 The Tennessee Supreme Court will meet on the MTSU campus TODAY (Tuesday, Oct. 1), to hear three appeals as part of its Supreme Court Advancing Legal Education for Students program, or SCALES.
The session, the first held on campus for MTSU students, is sponsored by the university's American Democracy Project. The state Supreme Court normally meets in Jackson, Knoxville, and Nashville, as required by the Tennessee Constitution, but a few times a year the court takes its oral arguments on the road as part of the SCALES program.

On Tuesday, beginning at 9 a.m., the state high court will conduct three separate hour long courtroom hearings. Each hearing will be followed by a debriefing session with each case's presenting attorneys, where students and faculty may ask questions of the attorneys in a classroom-like setting.
The special court session is open to the public and will be conducted in Room 250 of the Student Union, also known as the Student Union Ballroom. Seating is limited, but a campus map with parking notes is available at http://tinyurl.com/MTSUParkingMap13-14.
The justices will first hear an appeal in a Rutherford County case, Tennessee v. Glover P. Smith. Smith, who reported his wife missing in December 2007, was convicted in 2009 of fabricating evidence and filing a false report. The Tennessee Court of Appeals upheld his convictions and sentences, and Smith took his case to the state's high court. His wife, Marsilene "Marcy" Smith, remains missing.
At 10:15 a.m., the state Supreme Court will hear Garcia v. Tennessee, which involves the immigration consequences of a guilty plea. Juan Alberto Blanco Garcia was an unauthorized alien illegally in the United States in 2008 when he was accused of multiple offenses in Warren County.
He fled and was apprehended by police in 2011, then pleaded guilty to child abuse and neglect and was deported. Garcia tried to re-enter the United States, was arrested in Texas and requested post-conviction relief, saying that his attorney didn't adequately inform him of the consequences of his plea agreement.
The justices will meet with MTSU students and enjoy a special luncheon around noon, returning to their courtroom at 1:30 p.m. to hear In Re Baby L.G. et al, a Davidson County case involving the validity of a surrogacy agreement.
In the case, a Tennessee woman agreed to be a surrogate for a couple from Italy. Six days after the child was born, the surrogate asked the Davidson County Juvenile Court to stop the intended parents from taking the child outside the country, but the court refused. The surrogate lost an appeal before the Tennessee Court of Appeals and wants the state Supreme Court to hear the case.
The SCALES project is a Tennessee Supreme Court initiative designed to educate high school and college students about the judicial branch of government by allowing them to hear the oral arguments for an actual Supreme Court case in a local community.
"The Tennessee Supreme Court believes that educating young people about the judicial branch is paramount to creating productive citizens," Justice Cornelia Clark said. "The SCALES project is a great opportunity for high school students to get a firsthand look at the Supreme Court in action while also developing an appreciation for the rule of law and the role it plays in our society."
Since the creation of the program in 1995, the SCALES project has given more than 25,000 Tennessee students the ability to see the judicial branch in action.
In addition to Justice Clark, the Tennessee Supreme Court includes Justices Janice M. Holder, William C. Koch, Sharon G. Lee and Gary R. Wade. Justice Wade serves as chief justice of the court.
Source Information:
Gina E. Fann, News Content Manager, Middle Tennessee State University
For more details about the Oct. 1 SCALES program at MTSU, visit http://capone.mtsu.edu/amerdem.
Sections: News