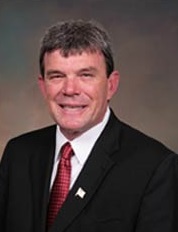 Rutherford County Commissioner Jack Black has confirmed that he will run again and seek re-election in the local race...

Black has been a commissioner since 2002.

UPDATE: Below is the press release submitted by the Jack Black campaign

Commissioner Allen McAdoo, the most tenured member of the County Commission who is serving his ninth term, said Commissioner Black is a dedicated, conservative leader.

“It’s an honor to serve alongside Commissioner Jack Black,” Comm. McAdoo said “He is a likeminded conservative that is dedicated to the future of our county and he is a good steward of the taxpayers’ money. I look forward to his continued leadership as we serve the good people of Rutherford County”

Since being elected in 2002, Commissioner Black has improved the Second district by supporting economic development including new retail stores, medical clinics and restaurants.

Black has supported the construction of new schools throughout the district in order to meet the needs created as a result of the continued growth Rutherford County is experiencing.

In Lascassas Commissioner Black has increased the quality of recreational activities by obtaining a donation of used lighting equipment for use at the Lascassas Community Ballpark.

Black has been a conservative leader and has voted against tax increases, including the most recent 4% property tax increase that was passed in 2013.

Commissioner Black identified environmental violations at the landfill and worked with appropriate officials to have the violations brought into compliance.

Black, a Republican, has represented the 2nd District including the communities of Milton, Mona, Lascassas, Silver Hill and Walter Hill since 2002.

A graduate of Oakland High School Black has served as an engineer with the Murfreesboro Fire Department since 1984 and was named Fireman of the year in 2000. Black is a member of the technical ops team and is a certified medical first responder, swift water rescuer and extraction technician.

Commissioner Black and his wife Katy reside in the Lascassas community. He has four children Kelsey, Dalton, Hailey and Lauren.

Black will be a candidate in the May 6th, 2014 Republican primary election.