Student Works of Art on display at City Hall Rotunda 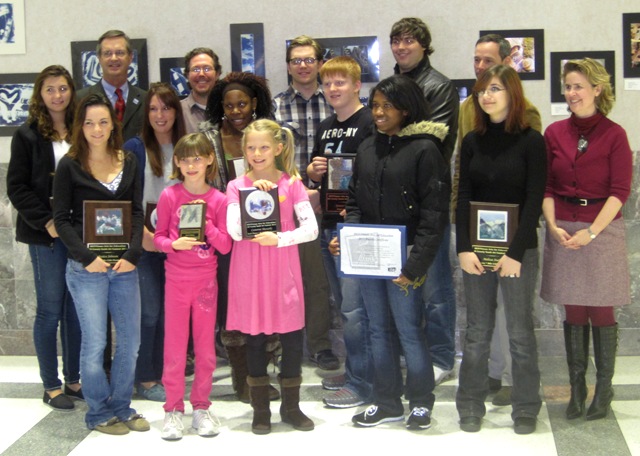 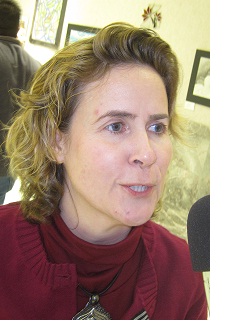 Nissan North America and the Business Education Partnership Foundation of Rutherford County gave out awards Friday evening at the Murfreesboro City Hall Rotunda for its 3rd Annual juried art show.
ADVERTISEMENT
BEP Executive Director Lee Rennick (left photo) told WGNS News that the competition was open to all kindergarten through twelfth grade students to participate in the third annual Arts for Education. She said, "The goal of this competition is to enhance the awareness of the arts in Rutherford County, honor student creativity, and to provide an understanding of the importance of creativity in business and in learning."

Lee Rennick told WGNS . . .
The theme of this year’s competition was “Yesterday, Today and Tomorrow.” The theme was chosen to reflect a sense of history because 2011-2012 marks the 100th anniversary of MTSU, the 150th anniversary of the Civil War, and the 200th anniversary of Rutherford County. Art work need not directly relate to any of these events, but must show a sense of the theme.
Monies raised by the show and sale of winning pieces of art will be used to fund Teacher Mini-Grants
and other BEP programming which fulfill the mission of the organization to foster interest in and to
promote and support programs that will prepare students in public schools of the City of Murfreesboro and Rutherford County for the business world. It will allow us to continue to charge no fees for the funding and training we provide students, teachers, and counselors.
Mayor Bragg Presents Awards 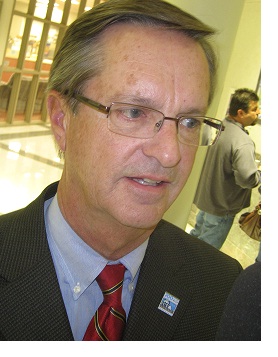 Murfreesboro Mayor Tommy Bragg presented the awards to winners in this juried art show. He said that the city is always promoting the arts in this community. The mayor noted that City Hall has an Arts Committee that books shows that are shown on a regular basis in the Murfreesboro City Hall Rotunda. In fact, this particular show of K-12th grade art will be on display through February 2nd. The Rotunda is open weekdays from 8:00 each morning until 4:30 in the afternoon. There is no admission fee.
Mayor Tommy Bragg commented to WGNS . . .

The Murfreesboro City Hall Rotunda (photo below) is a perfect venue for art shows. There are also two levels of free indoor parking below the complex. The facility is on the corner of Vine and South Church Streets, next to the Linebaugh Library. 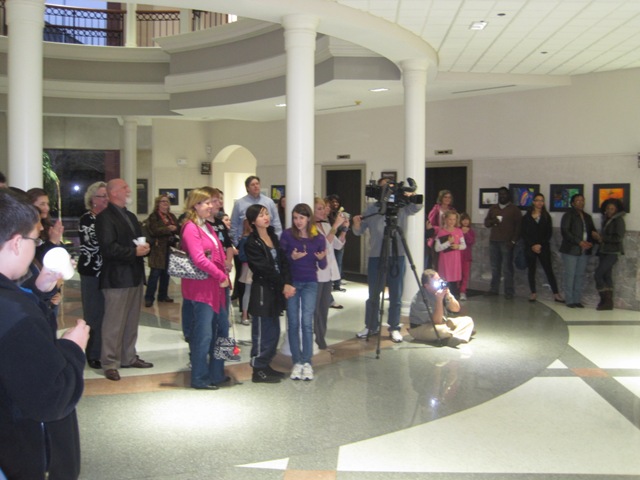 List of students whose works were accepted in the jurried show: