Murfreesboro, TN –Over the past month and a half, a group of burglars have been using crowbars to gain entry into at least eight Murfreesboro businesses stealing cash, lottery tickets and cigarettes.

In at least six of the break-ins, the suspects were all wearing all black hoodies, pants, gloves, shoes and masks.

The burglaries have been well-planned and thought-out, and the suspects are in and out of the businesses before officers can arrive.

They apparently have no regard to security alarms or surveillance cameras.

On 2/12/19 around 23:45hrs, three unidentified suspects used a crowbar to make entry into the business. All suspects were wearing black hoodies, pants, gloves, shoes and mask. The suspects stole cash and caused around $500 in damages.

On 2/13/19 around 01:08hrs, the suspects with the same description, as listed above, used two crowbars  to  make  entry  into  the  business.  They  were  able  to  steal  cash, Newport  cigarettes, along with an unknown amount of change from a money game machine.

On 3/18/19 at 00:00hrs patrol responded to an alarm call to the business. Upon their arrival, entry had been made via prying and a small amount of coins were taken. No video.

On 2/17/19  around 02:13hrs,two  males  using  a  crowbar  made  entry  into  the  business.  The suspects took the cash register.  One suspect, a light-skinned black male, was wearing a blue hoodie, royal blue undershirt, black jeans, black sneakers and had tattoos on the back of both hands. Suspect two was also a light-skinned black male dress in a dark grey hoodie, light grey sleeves, orange  under  shirt,  light  blue  or  grey  jeans  and  black  and  white  sneakers,  possibly Jordan 12 OG.

On 3/18/19 at 00:33hrs, patrol responded to the business for a burglary two subjects,dress in all black,used a crowbar to make entry into the business. The suspects took 14 cartons of Newport Cigarettes, and cash.

On 3/22/19 at 08:06hrs, patrol responded to a burglary of the business.  One suspect, a light-skinned male, wearing a blue hoodie, black mask and gloves, black pants, and grey sneakers carrying two crowbars made entry into the business and stole cash.

Detectives need help in identifying the suspects. If you have any information that could be helpful to detectives call Crime Stoppers at (615) 893-STOP (7867). You could receive up to a $1,000 reward for information leading to an arrest(s).

Lottery Scam Alert for Rutherford County and Beyond

Report finds 34.5% of Tennessee families are single-parent, 14th most in U.S. 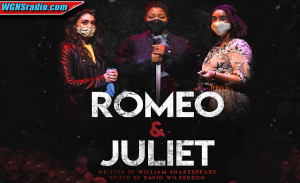