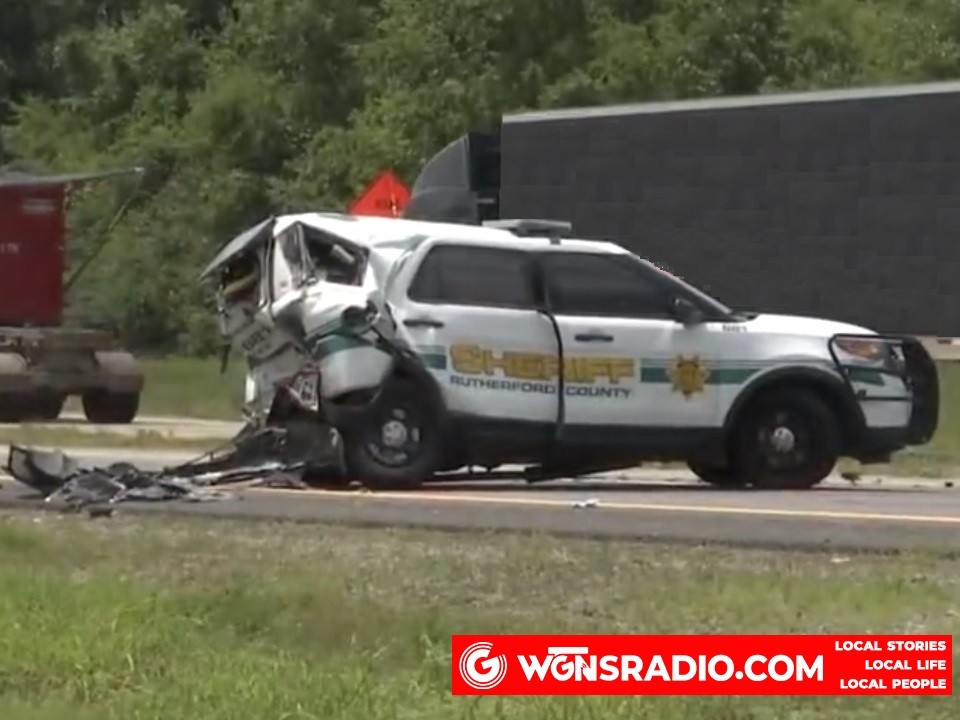 Deputy Gabriel Spires was sitting inside his patrol car at the T-DOT construction when a Nissan Pathfinder reportedly driven by Robert Bowen rear ended the officer.

Both Deputy Spires and the 42-year old motorist were treated at the scene by Rutherford County Emergency Medical Services paramedics and taken to Vanderbilt University Medical Center in Nashville. Officials say both are in stable condition.

Tennessee Highway Patrol is investigating the crash that occured on westbound I-840 (toward Franklin) near mile marker 61 (Jefferson Pike).

NewsRadio WGNS will keep you informed as to whether charges are filed.